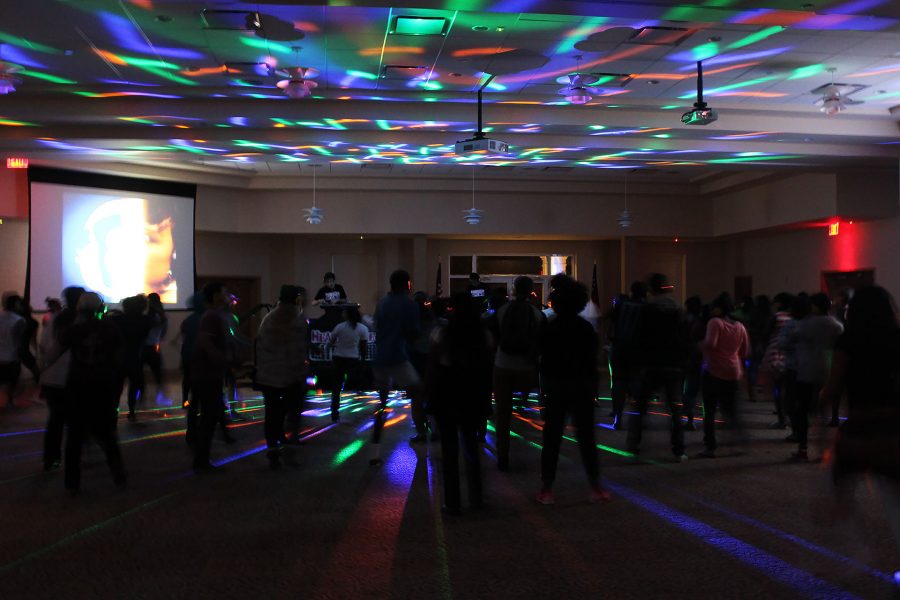 Armstrong students swapped their textbooks for headphones at the annual Silent Disco Oct. 21.  The event was held this year as part of the Celebrate Armstrong festival weekend.

Two DJs, distinguished by the colors red and green, entertained the crowd throughout the night. Students danced to contemporary rap and hip-hop, indie, dubstep and electronica music. Much of the crowd donned red headphones and synchronized when group dance songs such as “Wobble” or newer hits like “Hit the Quan” played.

“I went to the silent disco so I could have fun and dance with my friends. My favorite song of the night was 7/11 by Beyoncé,” Sophomore Elijah Clarke said.

The event began with little dancing though patrons quickly warmed up. A new line dance called the Biker’s Shuffle prompted laughter amongst students as they taught each other the trending dance.

“The room was pretty hype especially for songs like ‘Hotline Bling’ which was one of the best songs played. I’d go again but I think it would be better if the DJ’s played more varied music,” freshman Harry Vickers said.
The Silent Disco was a welcomed break to end midterms and a fun night for the student population amid the bustle of Celebrate festivities.