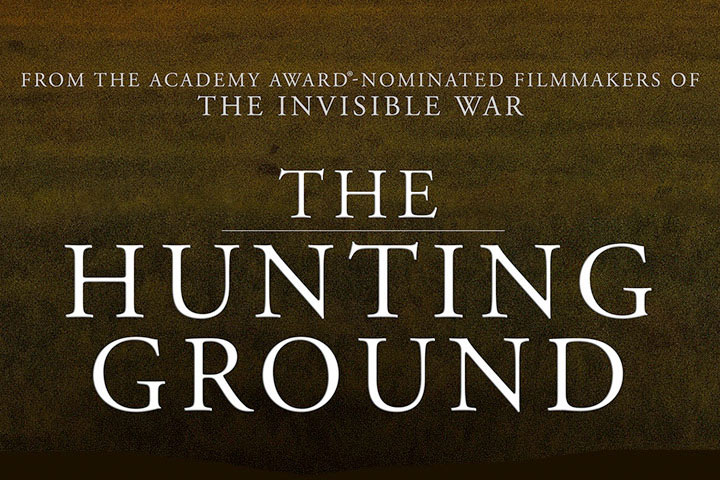 By Emily Smith and Kylie Fields, Editorial Board

One in five women will be sexually assaulted during their time in college. On Oct. 28, Student Affairs and Gender Studies acknowledged this issue by hosting a screening of the Oscar-nominated documentary, “The Hunting Ground,” followed by a panel of campus experts.

The film centers around extremely candid interviews with survivors of sexual assault, Annie Clark and Andrea Pino of University of North Carolina at Chapel Hill. Students learned that more than 100 American colleges are currently under federal investigation following numerous cases of  mishandled sexual assault reports. It explained that institutions are financially incentivized to conceal accurate sexual violence statistics in an attempt to keep enrollment high.

Several stories of sexual violence from recent news received press in the film. Topics such as the  multiple sexual assault allegations against Florida State University quarterback Jameis Winston, institutional cover-ups and reports of assault against fraternities made the film a comprehensive look at the current state of Title IX  in the university system.

In critiquing fraternity systems as a whole, one organization local to Armstrong was mentioned at length: Sigma Alpha Epsilon. The film explained that different chapters of the fraternity have appeared in national news for multiple incidents since 2014. Students from campuses nationwide appear on camera explaining that they know SAE by the national stereotype and acronym “Sexual Assault Expected.”

Members of Armstrong’s SAE chapter in attendance had no comment on their fraternity’s mention in the documentary immediately following the screening, but  president Marshall Bailey later released a statement on behalf of the local chapter.

“We know sexual assault on college campuses is a rampant and terrible thing that occurs and are willing to help in any way possible to help it stop and become something that does not ever happen at Armstrong,” Bailey stated.

Panelists advised students to download the Pirate Guardian Personal Safety app which allows users to report incidents anonymously. Both the Counseling Center and the Student Health Center on campus provide confidential support, while all faculty members are required by Title IX to report sexual misconduct.