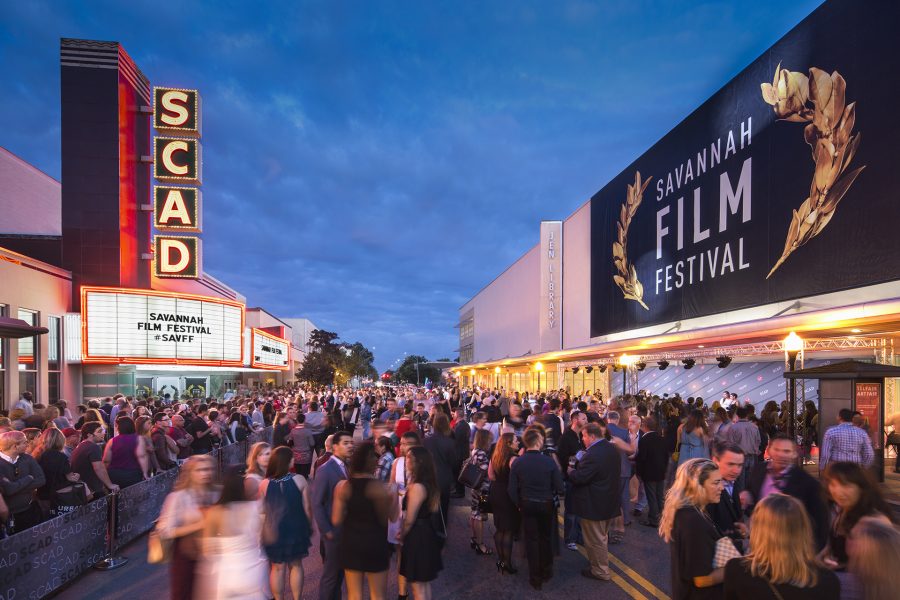 The 2015 Savannah Film Festival, hosted by SCAD, wrapped up its 18th event Oct. 31 after eight days of star-studded appearances, workshops and movie screenings. More than 40,000 people attend each year, including honoree celebrity guests.

This year’s honorees included Olivia Wilde, who received the Spotlight Award for her producer role in “Meadowland” and Rising Star Award recipient Alfie Allen of “Game of Thrones.” The coveted Lifetime Achievement Award went to Meg Ryan for her directorial debut in “Ithaca.”

All five types of tickets were quickly sold out. The festival is host to competition film and special screenings, which are open to the public, as well as workshops, panels and lectures for SCAD students.

One Armstrong student, Breanna Hills, chose not to go, instead giving up her tickets to her high school friend, a newlywed, who’d been planning to go with her husband, but was too late to purchase tickets. “I felt bad when she told me, because I’d already been before. I figured it’d be better to do something nice for a change, let her experience a good time down there.”

Event managers made sure scheduling for the 85 documentaries and films were designed so that attendees could see as many as they desired at the three screening venues downtown. Attendees had access to a wide variety of film categories for their viewing pleasure.

Of the 85 films that competed, 15 awards were given. SCAD announced the award winners during an awards brunch. Among the recipients were film students from SCAD: the HBO Films Student Competition Award for director Amelie Wen’s “Bie Pu (Home),” the Silver Screen Society Award (Best Short Film by a SCAD Student) for director Adam Nelson’s “Schoolcraft,” and the Savannah Film Commission Award for director Andrew Wecht’s “Lies beneath the Nightshade.”

Other popular films at the festival included “Diary of a Teenage Girl,” which according to Ginny Grimsley, vice president media director at KEF Media, saw a packed house for its screening Oct. 26. Olivia Wilde’s “Meadowland” was also quite popular. Its storyline focused on two parents whose son goes missing and how they stray in their own coping mechanisms.

A variety of students volunteered their time to help with the festival’s proceedings.

“I love going and volunteering for the festival,” Akira Hull, a SCAD volunteer, stated. “I usually don’t go to the movies during the festival, but I actually went to one this time and it was amazing. You get a chance to see works that have taken a while [to make] and have never been seen until now.”

Hull also added that she particularly liked having a chance to see directors and actors from the films during the Q&A sessions that were held, saying “it was great, because you get to hear how they started out, their process of how they got to where they are now.”

Although the 2016 Savannah Film Festival has not yet been announced, it is expected to be just as large as past events. The Festival has seen bigger crowds each year with more popular actors and directors visiting the city. As Savannah’s own film industry continues to grow, film fanatics should expect to purchase tickets early next year in order to not miss out.