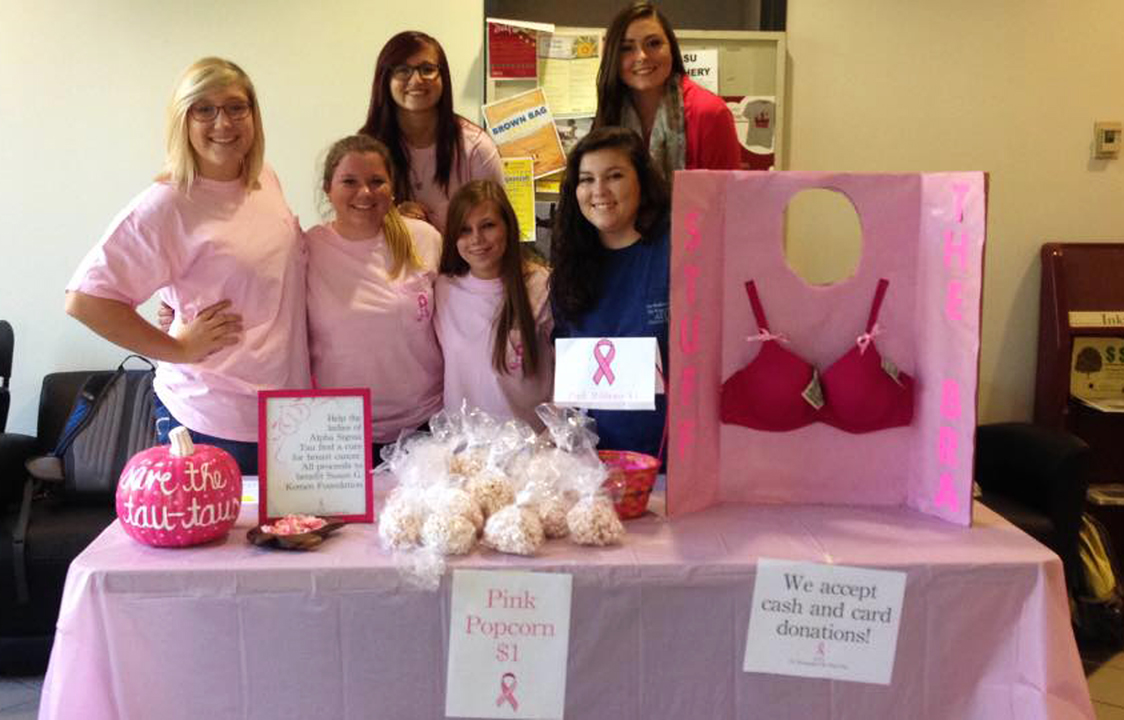 The sisters of Armstrong’s chapter of Alpha Sigma Tau (AST) raised a total
of $693 last month with their “On Wednesdays We Wear Pink” fundraising series. The series benefits breast cancer awareness. Each Wednesday in October, the girls organized a different fundraiser in the student union building.

Vice president of AST, Kayley Greene, said, “We really promoted each fundraiser to get people excited to participate and raised almost $300 more than last year.”

Greene’s favorite fundraiser was selling koozies. She designed a pink koozie with the slogan “Hakuna Ma Tau Tau,” meaning ‘no worries for the rest of her days.’ AST sold the koozies for $3 and donated one hundred percent of the proceeds.

This year, AST is donating one third of their profits to the local J.C. Lewis Cancer and Research Pavilion in Savannah, one third to the Susan G. Koman foundation, and one third to a breast cancer patient in the community to whom the sisters also donated funds in 2014.

“The woman we donated to last year is doing alright, keeping a positive attitude and is regularly getting check-ups and again this year we are donating money to her to help cover bills for those check-ups,” Greene said.

Katie Mancill is a sister of AST and was excited to help her chapter with the different fundraising events. “It brings joy to me that my sorority gave all proceeds that we raised to benefit breast cancer,” Mancill said.

AST plans to continue the fundraiser next year.