From player to coach: An improbable journey 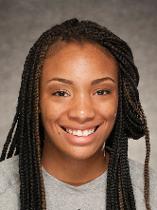 Coaches always tell players “you will understand one day when you are a coach.” Well, for Amber Howell, the new graduate assistant for the Armstrong women’s basketball team, she found out a lot quicker than most.

Coach Howell was a player for the Lady Pirates just last season. She averaged 7.8 points and 4.5 rebounds per game for the team. However, the stats are just the proverbial icing on the cake when it comes to her profound impact and leadership she displayed during her senior year.

“I try to do the work as fast as I can and even before coach ask me because I want to be on top of everything,” Howell said.

Fala Bullock, head coach for the Lady Pirates, talked about how it was a no-brainer to hire Howell to be the grad assistant.

“Amber always wanted to be a coach,” Bullock said. “She was a captain last year and it was just a natural fit. The job was open, so it worked out.”

Many coaches have never played the game, but it has been said that the best coaches are the ones who used to be players. They know how the players feel physically and mentally.

For Coach Howell that works out perfectly because she is fresh out of the game as a player. Some people may find it difficult to adjust from playing with your friends and former teammates to coaching them, but from watching them play, fans will know that Howell is well respected and admired by her former teammates and new recruits.

Howell talked about trying to make that change from being a player to be a coach. She talked about it being more awkward than difficult to make that transition to coaching some of her friends from last season.

“The transition from being their teammate to coach was not hard at all,” Howell said. “It was just awkward in the beginning because of our friendship and bond that I had with some of the players when I was playing.”
Coach Howell made bonds and friendships when she was playing, but now that she has the clipboard in her hands, she is trying to make a difference in these young women’s lives by helping them anyway she can. If she gives the same effort she gave as a player since her arrival here at Armstrong, there is no question that Howell can have an unbelievable career as a coach.