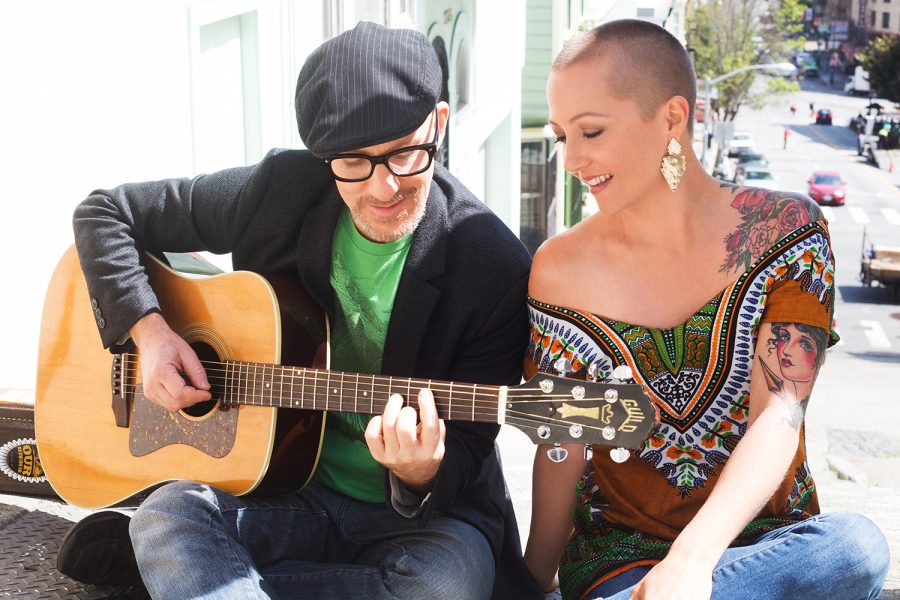 Acoustic soul duo Genna and Jesse will be stopping off to warm up Savannah’s very own Foxy Loxy Jan. 26 with a soothing, lovely performance.

The two began playing together in 2009 after Jesse Dyen responded to a Craigslist listing posted by  Genna Giacobassi, who was looking for a piano player to collaborate with. As the two became close, they discovered a connection between them, one that ran a little deeper  than the music they created: the two had fallen in love.

Though the two write separately, they bring their collective efforts together to create the best songs they can. “We do drive a lot from our own travels, things going on in the world, and people we’ve met,” Giacobassi said.

Nevertheless, “acoustic soul” only partly describes the pair’s sound. Their deep rhythmic tunes take great inspiration from a variety of genres, namely blues, country, and folk. The two have also incorporated a storytelling aspect to their live shows, reminiscent of the Grateful Dead’s unpredictable performance ethic that Giacobassi refers to as “acoustic soul cabaret”.

“We’re not exactly dressing up in costume and dancing around the stage, but there is a theatrical element,” Dyen said.

The duo guarantees that no two shows are the same. “We don’t play the same songs [at every show]. We cater song selections to the vibe of the audience,” Jesse said. “I couldn’t imagine living this life and playing the same songs every night.”

Genna and Jesse are currently on tour promoting their second album, “Wild Enough to Try,” giving audiences a chance to experience the two in the most authentic way possible. Fans asked for an album that sounds like the raw and soothing live shows, so the two recorded with no studio editing. The powerful, unaltered sound only further encourages listeners to see the couple live and unscripted.

Soothing melodies found in songs like “Song For Jean” and “For the Thrill of It All” are paired with simple yet clever lyrics that are simultaneously catchy and overall heartfelt. The results are complex and intricate making the listening experience a deeply personal one.