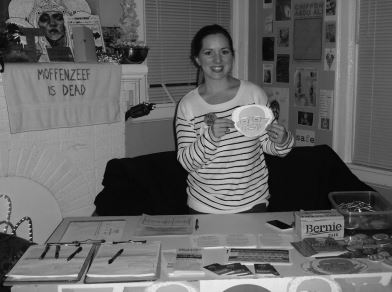 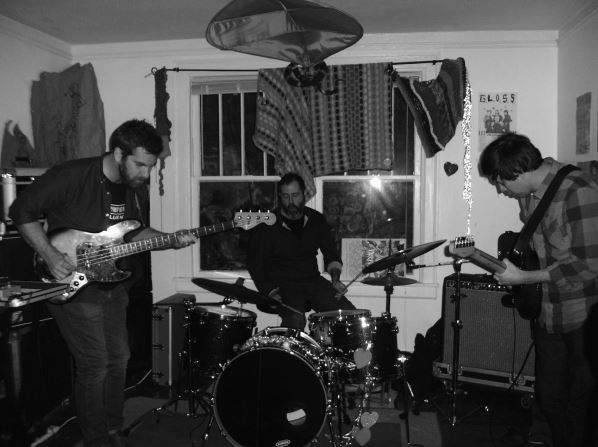 Quolab owners Greg Hornak and Rainé Bunk collaborated with Savannah For Bernie to organize the Bernie Barbecue and Primary Voting Registration Blowout in hopes to raise voter registration numbers before the deadline for Georgia primaries Feb. 1.

Even though support for Sanders’s grassroots campaign gains momentum, one of the largest speed bumps that endangers the campaign is the high number of unregistered millennial supporters.

Hornak hoped this event would raise awareness on the importance of voting and combat the belief that many millennials think their votes do not matter.

“I’m concerned that a lot of millennials don’t realize the weight of their vote,” said Hornak. “I hoped that bringing supporters of all different walks of life together would offer a visual to challenge the idea that their vote doesn’t count or wouldn’t make a difference.”

Supporters of all ages and walks of life enjoyed musical performances from Moyamoya, Yung Ubuntu and Lotion in the Basket. A group of young drag performers from Savannah’s own House of Gunt also acted out a vicious and informative debate between Bernice Sanders, Donna Frump and Hilary (that’s just one L) Clinton, before Lavender Mist gave a helpful demonstration on how to use a voting booth.

Danielle Renée, the co-founder of the Savannah For Bernie movement, kept a close watch on the doors throughout the evening, presenting attendees with pamphlets, buttons, information on registering to vote, and even voter registration forms they offered to mail off for you.

“Savannah For Bernie was excited to work with Quolab after attempts in the past had fallen through,” Renée said. She was eager about uniting Sander’s supporters for a good cause, helping to contribute to the Sanders campaign and giving people an easy opportunity to register to vote.

“Because it has been proven that when more people come out to vote,” she said, “we get the candidate the majority truly wants and in this case, I believe it’s Bernie Sanders.”

One attendee, Jeannie Gutiérrez, commented on why she planned to register to vote in the Georgia primaries.

“Everything Bernie has ever mentioned, I agree with,” said Gutiérrez, 22, who was wearing a “Feel the Bern” T-shirt. “It just seems like the odds are stacked against him, and I want to do all that I can.”

Miss Gutiérrez, along with 9 other new voters were able to register to vote Saturday. Renée also reported answering questions from those needing to register out of state and many other “Berning” questions anyone had.

“Another positive aspect was that a majority of the turnout was already registered to vote.” She pointed out, “they were coming to support the local and national Bernie Sanders campaign efforts, support QuoLab, hear great music and eat good food! So all in all a great time, one that I hope to repeat again.”

More information on supporting the local and national Bernie Sanders campaign and voting registration can be found at SavannahforBernie.org. You can also visit the Quolab Facebook page for information about booking the venue for an upcoming event.