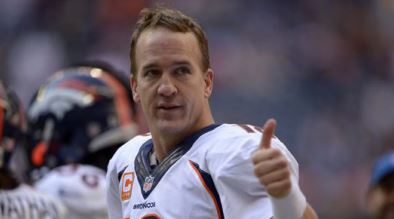 As the Denver Broncos and Carolina Panthers prepare to face off in the Super Bowl in Santa Clara, California, the NFL is conducting an investigation into the alleged use of steroid Growth Hormone (HGH) by one of the Bronco’s most recognizable players.

Peyton Manning, long-time starting quarterback of the Denver Broncos, is currently facing allegations for use of the drug. These allegations stem from a 2015 Al Jazeera America documentary titled “The Dark Side,” which investigates the use of performance-enhancing drugs in professional athletes. The report states that Peyton’s wife Ashley Manning received shipments of HGH in Fall 2011: the same time that Manning was suffering a career-threatening neck injury.

While HGH has been approved by the FDA for specific medical uses, the drug’s most common uses are not approved. Its use is strictly banned by the NFL as well as many other professional sports leagues. Tests for the drug began in 2014 and punishments for use include a fine of $500,000, suspension and other disciplinary measures.

It is not banned for no reason.

Though the hormone is naturally produced by the pituitary gland and aids in cell growth, supplemental injections lead to grossly increased muscle mass, reduced body fat and faster recovery times which give players unfair advantages. The NFL is extremely serious about athletic integrity.

“This is an historic moment for our players and our league,” NFLPA President Eric Winston said in a released statement regarding the recently-implemented testing policy. “We have collectively bargained drug policies that will keep the game clean and safe, but also provide our players with an unprecedented level of fairness and transparency.”

The ban was prompted after the NFL saw other instances of its players abusing HGH in the past. According to several reports, HGH use is not uncommon and players find ways to circumvent the tests. As one veteran player admitted to the Bleacher Report, the NFL will only catch players “if [they get] really, really lucky, like win-the-Lotto-every-month lucky.”

Indeed, the documentary itself states that “As long as [the players] know what the testing procedure is, they’ll always be able to beat it. The only way you will ever get caught is by investigation.”

But though HGH use in the NFL may be more frequent than we realize, it is clear that those who abuse the drug are not considering the long-term effects. HGH not only causes unfair growth and athletic ability, but it can also lead to numerous health problems like high blood pressure, heart engorgement and cancer.

Manning himself has cited his allegations as “garbage” and claims to stand vehemently against them. He says he feels “disgusted” and sickened by the accusations. When questioned by ESPN if he had ever used performance enhancing drugs, Manning replied with “Absolutely not… It’s a joke. It’s a freaking joke.”

As for the investigation, Manning states that he “[welcomes] it.” The reporter who made these claims has not backed down. Whether these allegations are true or not, Manning still prepares to lead his team in Super Bowl 50, which will take place Sunday, Feb. 7 at 6:30 p.m.