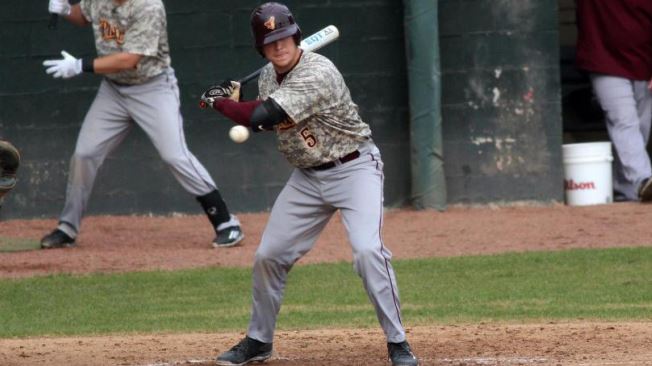 The Armstrong baseball team had a great start to another season of Pirate baseball. The Armstrong Pirates began the season with a doubleheader against the Paine Lions.

The games themselves took place at Historic Grayson Stadium, a tradition the Pirates started during head coach Calvain Culberson’s first season in Savannah. The stadium was first constructed in 1926 and was originally called the Municipal Stadium.

The stadium held that name until it was completely demolished in 1940 by a hurricane that pummeled Georgia and South Carolina. It was rebuilt and renamed in honor General L. Grayson who helped raise over $150,000 for its rebuild.

Grayson Stadium has had many famous visitors and was has hosted many local events since its creation. Noteworthy visitors like 32nd US President Franklin D. Roosevelt, “The Great Bambino” Babe Ruth and “Iron Horse” Lou Gehrig. The stadium was also home to the annual Thanksgiving game between Savannah High School and Benedictine Academy from 1927 untill 1959.

The stadium has been home to nine teams since 1926. The longest of these being the Savannah Indians from 1926-1953, the Savannah Braves from 1971-1983 and the Savannah Sand Gnats from 1996-2015. The Sand Gnats only just recently relocated to Columbia, South Carolina and have officially been renamed the Columbia Fireflies.

As of this year, the stadium is supposed to be home to a new Savannah CPL team. The stadium was able to quickly find a new team since it needs no renovation.

The Pirates put on an excellent show for both games. They won by mercy rulings in both games in the seventh and eighth innings respectively.

In Game 1, the Pirates were paced by senior catcher Jerad Curry who recorded three RBI’s with a two-run home run. Sophomore Sid Royal picked up the win for the Pirates with three and a third innings pitched and only two hits allowed as the Pirates moved on to a 15-4 win.

Game 2 went much like the first as the Pirates pulled away from the Lions with a 10-0 victory. Sophomore Chandler Corley recorded two RBIs. Seniors Cody Sherlin and Will Austin, as well as junior Spencer Harveyand and freshman Zack Goble all picked up one each.

The Pirates will next play host to Tusculum for three games over the weekend. Saturday, Feb. 6, they will host a doubleheader again at Grayson Stadium with start times of 1 and 4 p.m.. The third game will take place at Pirate Field this Sunday, Feb. 7 at 12 p.m.