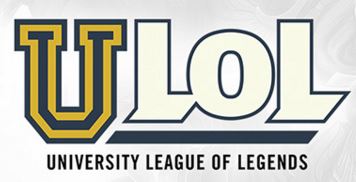 The Armstrong Gamer’s Guild is steadily carving out their name among the many clubs that meet on campus as they attempt to showcase the educational aspects of several games.  The games range from popular multiplayer online battle arenas (MOBAs) to current guild staples like “Ultimate Werewolf.”

Sophomore computer science major Michael Perry formed the organization so as to share his belief that any game can be educational in some way.  This belief has led the Guild to become the first successful club based around electronic games while also being the home of Armstrong’s first eSports team. Perry is aided by vice president Brandon Ellershaw and advised by Dr. Kevin Jennings of the Criminal Justice, Social and Political Science department.

“Our club takes education very seriously and we encourage everyone to participate in any educational content,” Perry said. “We also take an active part in our college community, planning and funding events and incentives everyone can enjoy. Last year’s Celebrate Armstrong was one of our better events for being such a young club, and our future events promise even more fun for the students and community.”

The Guild also has an interest in aiding in the production of a campus game room. This would be, as Perry explains, a place where “students can go to relax and unwind from a rough day without having to worry about spending hundreds of dollars for expensive video game systems and computers.”

Each meeting begins with a different game and theme, followed by an explanation of the skills the activity can improve. Members are shown short videos that support the lessons in the game being played, while also explaining how the human body reacts to varied amounts of stimulation from games. The sessions usually conclude with attendants grouping up to playing the game.

The Gamer’s Guild is open to everyone and there are currently no established dues or membership fees. Club activities are posted a week in advance on the AGG Facebook page. The Monday, Feb. 15 meeting will concern role-playing games (RPGs) that make use of hearts to measure health, such as the “Legend of Zelda” series.

RIOT Games on Jan. 27 officially recognized AGG’s application to enter the Collegiate Summit. Along with SCAD and many other universities throughout the United States and Canada, the AGG team will be able to compete to be University League of Legends champions.