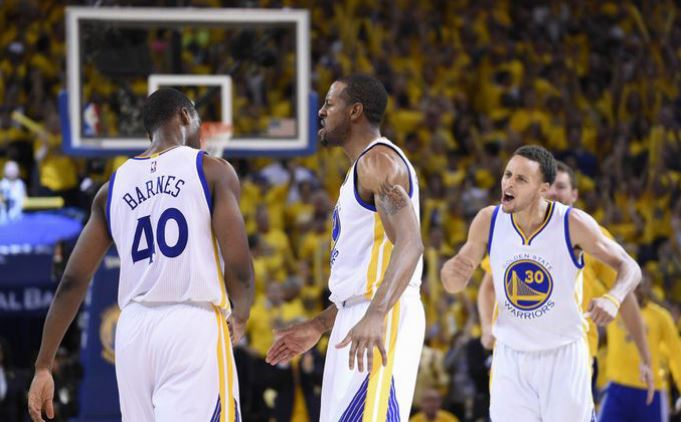 When you think of great players in the NBA, different names probably come to mind. Michael Jordan, Larry Bird, LeBron James, and Wilt Chamberlain are just a few.

One player that has stepped into the limelight in the last two seasons and has turned a whole city on its head. That player is Golden State Warriors guard Stephen Curry.

The reigning NBA MVP has had another MVP-type season this year and has his Warriors on the verge of breaking the 1995-96 Chicago Bulls’ record of 72-10. But fans should not be surprised about the success of the humble Curry.

Curry attended Davidson College just down the road from his hometown of Charlotte, NC and in 2008, he burst onto the college basketball scene.

He and the Wildcats were vast underdogs entering the NCAA Tournament against Gonzaga. With an 11-point deficit, Curry scored 30 of his 40 points in the second half and took his team onto an 82-76 victory.

Curry led the Wildcats to upset wins over the 2-seeded Georgetown Hoyas and 3-seeded Wisconsin Badgers and went onto the Elite Eight against the eventual national champions, Kansas Jayhawks, at a 10 seed.

After his junior season saw the Wildcats win the Southern Conference regular season championship but fall to College of Charleston in the semifinals of the conference tournament, Curry announced he would enter the NBA.

He led the conference in scoring for all three seasons from 2007-09, which led to him being a lottery draft pick of the Warriors later that year. After a few years of living in obscurity with the Bay Area team, Curry rose to his now-fame in 2014.

He led the NBA in 3-point percentage and led his team to their first NBA Championship since 1975. While last year was a dream-turned-reality, 2015-16 has become an expectation of this team this is looking to become a dynasty.

He currently leads the NBA with 4.9 three-point shots and a league-leading .453 three-point percentage. The Warriors are currently 46-4 and when the team is talked about in June, the narrative could be Curry is the greatest player to ever step on the court.