Game review: ‘The Evil Within’ 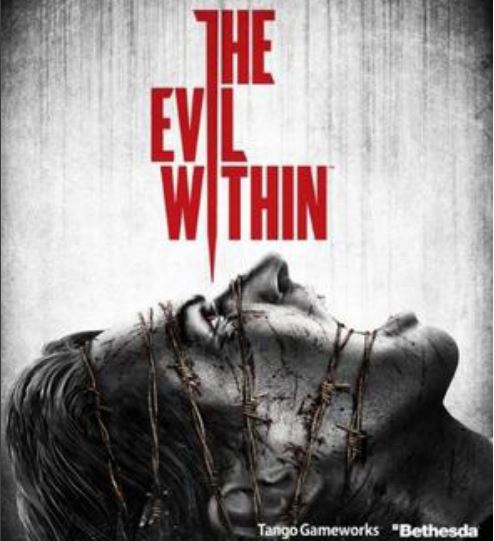 Shinji Mikami has long been revered for his work as a designer on some of video game classics; with titles like Resident Evil Series and Devil May Cry under his belt, his 2014 effort “The Evil Within” was naturally held to high standards, including my own. I completed the game in roughly 21 hours on the Nightmare (Hard) mode, when I was informed  that I had died a total of 74 times in a beautiful variety of ways that anyone that can stomach a true horror game will fall in love with.

The game unfolds with the player immersing themselves into the life of police detective Sebastian ‘Seb’ Castellanos, an officer who has been assigned to investigate a string of murders around a mental hospital in Krimson City with his two colleagues; but it’s clear that this will not be an open and shut investigation. As Castellanos enters the hospital, he is greeted with a beautifully crafted waiting room decorated with the mutilated corpses of patients, civilians and other police officers. Soon after this catastrophic opening scene, Castellanos is separated from his colleagues as he is dropped into a maddening world of horrors.

The player has access to a standard arsenal of weapons, such as pistols, shotguns and sniper rifles. One unique feature I found particularly exciting about the game was the Agony Crossbow.  The Crossbow can be loaded with many different types of bolts causing explosive, shocking, freezing and flash damage, adding a nice aspect to the combat aspect of the game play, as certain enemies can be severely wounded by some and yet barely even be stunned by others. Ammo in this game is scarce and can even be almost impossible to find, forcing players to make every single bullet count. I was forced to cut a temporary retreat to scavenge for more ammo to complete the job I had started.

The environment of this game is unlike anything I have seen in a while, utilizing some of the eeriest light and shadow textures I’ve seen in a while. Every area was unique in its own disturbing way. This is not a game that will throw cheap jump scares in a players face, but will instead infiltrate the players mind, forcing them to drown in the game’s overall sense of dread as Sebastian starts to lose his own mind in this new world he treads through. The game uses some of the eeriest use of light and shadow textures I have ever seen a game. On an occasion or two more than I would like to admit, I even turned to open fire on my own shadow or jumped at a sudden noise in a utterly silent room. “The Evil Within” transports you through a diverse assortment of places with one theme tying them all together: an absolutely terrifying sense of atmosphere

For fans of the traditional horror survival game style, “The Evil Within” is truly a no brainer, but I would discourage people who are looking to try a new game to avoid this one. Right off the bat, I knew what this game was going to be about, and it kept up its outstanding appearance the entire way through an incredibly epic boss fight.