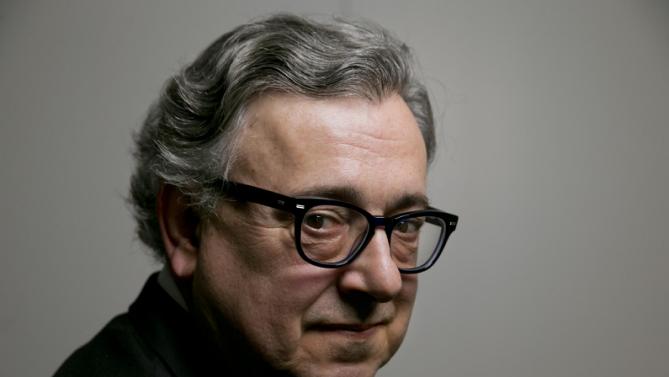 In this June 4, 2015, photo, CIA operative turned best-selling author, Jason Matthews, a 30-year CIA veteran and author of the new novel, "Palace of Treason," poses for a portrait in Washington. When Matthews retired after more than three decades as a CIA operative, writing fiction proved a form of therapy. (AP Photo/Jacquelyn Martin)

Jason Matthews, former CIA operations manager-turned author, held a special reading and Q&A in the Ogeechee Theater Friday, Feb. 12. He discussed the books from his two-part series. “Red Sparrow” and “Place of Treason” on behalf of the Savannah Book Festival which was occurring the same weekend.

It should come as no surprise that Matthews, who achieved a bachelor’s in language study and a Masters in journalism, is fluent in eight different languages. He has both a professional and romantic relationship with his wife Suzanne Matthews who also worked for the CIA for 33 years. Both did work with denied-area operations.

Matthews discussed the day-to-day of the average CIA officer, detailing various aspects of the recruiting cycle, necessary classes and even what daily life was like in foreign countries. He debunked a multitude of Hollywood spy clichés and myths, explaining how many operations actually occur.

Matthews asserts that there are roughly 25,000 CIA employees, divided into divisions: science and technology, administration, operations and intelligence. The Matthews family worked in various departments during their career, but the bulk was spent in operations. A lot of work was done overseas using diplomat covers at capital embassies where they would meet their double agents at night.

Several students were interested in how the career impacted his relationships. Matthews explained that his daughters have “been bitten by the travel bug and they love foreign food.” A fascinating topic was how his children reacted to their parents being CIA officers.

Matthews made plain that the urge to write was not born of a search for literary fame, but rather as a form of therapy,

“The truth is that a CIA officer does nothing but write….I didn’t set out to write a novel,” Matthews said. “So for me, it was either after retirement, go fish, write, or do insider trading… and I don’t fish.”

Radiological Science freshman Danielle Cohen was excited to have attended Matthews talk, saying “I really want to read his books after that lecture. I think the Criminal Justice students would really appreciate his novels!”

Matthews concluded the lecture with some important parting words pertaining to careers in general: “read and listen to whatever you can get your hands on.”