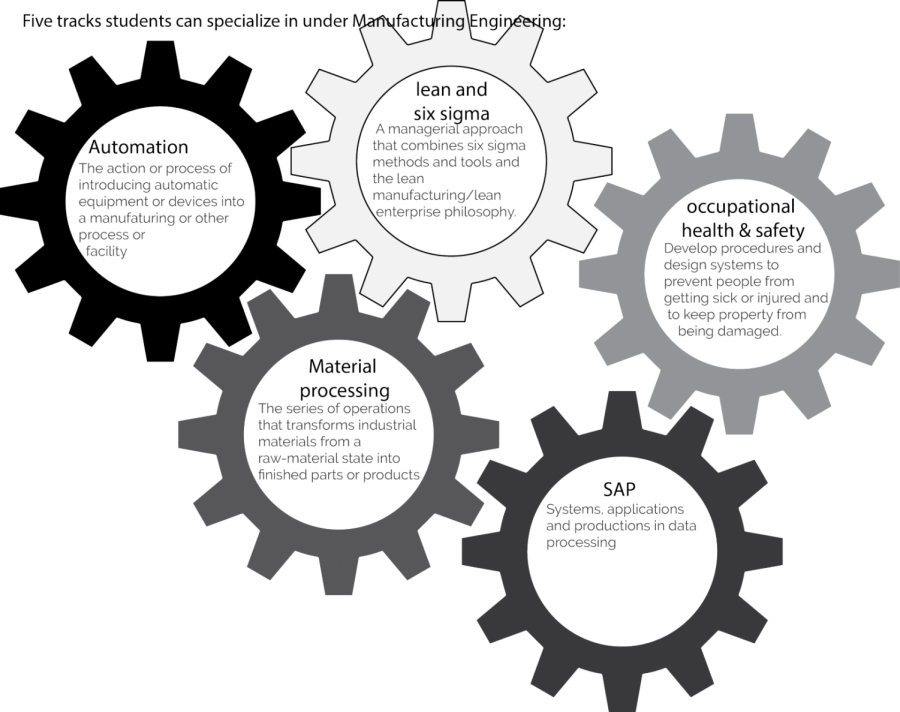 Laila Abdallah, 27, sits near the kitchen in a packed, hustling and bustling Waffle House on King George Boulevard in historic Savannah, Georgia. Abdallah speaks loudly and confidently to the waitress, even while knowing that all of the patrons are staring at her.

Abdallah is the only person in the restaurant wearing a hijab. She says that she is used to this kind of attention.

“This Waffle House is my favorite,” Abdallah says with a pink-lipstick smile. The staff are friendly here, and it’s five minutes down the road from where she used to live at her brother’s house. She used to come here often on Friday nights and Saturday mornings with her sister.

“Michelle is my favorite waitress,” Abdallah whispers. “Her name tag says ‘Awesome.’ Took me like, two years to figure out her name.” She gestures at a middle-aged woman who is busy gathering our menus and silverware, yelling out orders amidst the loud atmosphere of chatting customers, staff, eggs sizzling and the clatter of forks and spoons. Michelle comes over to take the drink orders and compliments Abdallah on her Facebook feed. They engage in small talk, and Abdallah is smiling and laughing throughout the exchange.

Abdallah is a Savannah-born Muslim woman. When she was younger, she noticed that Savannah was a bit closed-minded, and she felt like an outcast.

“I was who I am now basically, but as a teenager. I was always very outspoken. It wasn’t that they didn’t like it. They didn’t understand it, and when you’re younger, people kind of use their age and their quote unquote ‘wisdom’ to try to dismiss your thoughts, and you’re just like, I cannot wait until I have some more credibility to prove to you I am right. I’m all about dismantle the patriarchy, okay, but that coming out of a 12 or 13-year-old’s mouth, it’s like, ‘Why do you hate men?’” Abdallah said, exasperated. “I don’t hate men! I’m observing a trend, and I think it’s problematic, and I think we need to address it for what it is.”

This starts Abdallah ranting about feminism, parenting, the Muslim community and what constitutes impactful work, flitting from a seemingly never-ending list of subjects that she is passionate about. She admits she rants often, and her hands are constantly moving as she does so. Her blue-green eyes widen and narrow behind her purple-rimmed glasses, depending on her tone.

“I try to walk into a room with the confidence of an entitled white man in America,” Abdallah said. “That’s the kind of energy I like to channel.”

Abdallah lived in Palestine for five years before returning to earn her undergraduate degree at Georgia Southern University with a Spanish and biology double major. She then took a gap-year to work in Washington D.C., and after that, she moved to Philadelphia to get her master’s degree in public health from Drexel University. She then moved back again to Savannah to help out her family because her parents were aging, and her brothers were having children. Abdallah also became the principal at the Islamic Center of Savannah’s weekend academy program for kids.

“I feel like I did a lot for my family, but I did the most for my community,” Abdallaah said. “There’s a lot of young girls that I got the opportunity to mentor and work with, and I’m like hey, that really small fragment of idea that you have? That you want more, you can be more, you want to do more, it’s not crazy. Don’t let anybody dismiss college because no one in your family has ever gone to college before. Be audacious.”

“When you are dealing with teenagers or young boys who really think that aggression and dominance is the way to tackle things, like no, it’s collaboration, and I know it sounds crazy and very silly, but let me show you how it can be cool,” Abdallah said, laughing.

Abdallah remembers a time when she was with the ICS kids on a field trip and they stopped at Burger King to eat. She specified to the drive-thru worker that she wanted potatoes with her meal. She even stressed to the worker not to forget the potatoes, as they are her favorite food. Surely enough, the worker forgot to include the potatoes, so Abdallah went into the fast food chain and politely pointed out the mistake and asked for it to be corrected. She turned the situation into a teachable moment.

“She ended up giving me two sets of potatoes,” Abdallah said. “So, I come back to the car, and I tell the students, like, ‘You know what I did,’ and they were like, ‘What, you went and yelled at her for forgetting your potatoes?’ And I was like, ‘No, I was nice, and I politely said that I needed my potatoes, and she gave me two. Everything that I have gotten in life, I’ve gotten from being nice, being kind, being considerate. You really don’t have to be a mean person to get what you want.’”

Abdallah no longer works at ICS, but she trained Hafsa Junaid to take her place.

“She explained my role and responsibilities at the ICS Weekend Academy and made sure that I understood them before moving on,” Junaid said. “She incorporated my opinion as a team member and taught me skills that helped me doing my job well. Laila is a born leader. She is honest, helpful and is not afraid to stand up for what is right.”

Junaid enjoys being the principal of ICS Weekend Academy.

“I love it there!” Junaid said. “The environment is really welcoming and great. It’s amazing to be able to see that you are making a difference.”

Abdallah is happy with the help that she provided others by coming back to her hometown, but she wants to leave in order to make an even larger impact on the world, although she is unsure of what that is for her, yet.

Abdallah’s birthday had passed recently, and her best friend Tracy Igbwebuike posted a public message for her on social media.

“So, this is what I wrote for her bday earlier this month,” Igbwebuike said. “To anyone who’s had the fortune of meeting Laila, you’re welcome. I don’t think you guys understand how hard she goes for the people, causes, beliefs she cares for, because if she’s on your side, you’re guaranteed to succeed. She consistently gives over 100 percent no matter the task and expects no difference in return. Laila, you are so easy to celebrate.”

After breakfast at Waffle House, Abdallah was off to Blessingdales, a Christian-based thrift store, to donate clothes as a part of her 27 acts of altruism, a birthday tradition she participates in every February. She carries two extremely heavy garbage bags full of donation items to Blessingdales’s donation bin.

Abdallah walks into the store to do some personal shopping. Loud gospel music plays throughout the store, and she walks along the aisles until an item catches her attention. It’s a little clown doll that reminds her of her sister, so she decides to purchase it for her.

Laila Abdallah holds a clown doll at Blessingdale’s, a Christian-based thrift store. The doll reminded Abdallah of her sister, so she purchased it for her. Photo by Elizabeth Gross.

Abdallah continues to walk around the store and talks about the rest of her family. She said that her parents used to not be as open as they are now, and that she was the child of all of her siblings that was able to change them.

“I was able to argue my cases using logic and facts, and ‘okay well our religion says one two three four five six, 20,000 things about the rights of women,’” Abdallah said, “And I started calling out their BS. I was like okay, these things you are associating with men versus women are not necessarily associated with religion. It’s partially culture, and this culture is also tied onto this universal patriarchal way of thinking, and so, the more educated I became in what our religion says, the more ammo I had to kind of like establish why I wanted to do certain things I wanted to do.”

Abdallah said that her parents keep to themselves and try to keep the peace, even if that means ignoring acts of discrimination. They are legal citizens and have been living in America for over 30 years.

“I’m a little more audacious,” Abdallah said, with her hand on her hip. “I was born here. I’m just as American as the next person. If someone says something racist to me, they’re getting called out. If someone says something racist to you, they’re getting called out. You should call them out, too. We should not let racism live in any sort of circles. It’s like an infestation.”

Abdallah softens her tone a little.

“But I do understand it’s a personality trait of mine to be outspoken,” Abdallah said. “I had to learn that not everyone is like that.”

Abdallah remembered a time where her close friend faced discrimination at the beach. It took a lot of effort for Abdallah to convince this friend to go there, as her friend had made a recent choice to start dressing in more traditional modest garb, and she was nervous about wearing it at the beach. Abdallah wore a typical swimsuit.

“I convinced her to get in the water, and she’s having this moment of bliss, until she realizes that someone on the beach, a father and his family, are recording her and laughing at her, and of course it shattered her,” Abdallah said sadly. “She just got out the water. She didn’t want to do it anymore.”

“I mean, I obviously ended up handling the situation,” Abdallah smirked. “We moved camp, so I told my sister, ‘Go grab all our stuff from over there. We’re moving right in front of them, and we are just going to be ourselves in front of them.’ So, I did a whole photoshoot in front of them. It was very annoying, I’m sure. So annoying to them that they packed up their stuff and moved. I was like, ‘Thank you.’ The water doesn’t care what I’m wearing, but you do.”

Abdallah begins ranting about politics and discrimination in the middle of Blessingdale’s. She said that the only way to make real change is for people to be empathetic, compassionate and action-oriented.

“Not being empathetic, not being compassionate and not taking action will be our demise,” Abdallah said in a serious tone. “So, I am like that when I am a part of a team, in my family, when I’m voting, whatever it is like that, I take those three things into consideration. So, who I am in public, is exactly who I am at home.”

A man hears Abdallah ranting and approaches her.

“Are you Muslim?” he asked with a heavy southern drawl.

“Alaikum salaam,” the man greeted her in Arabic – incorrectly, but with sincerity.