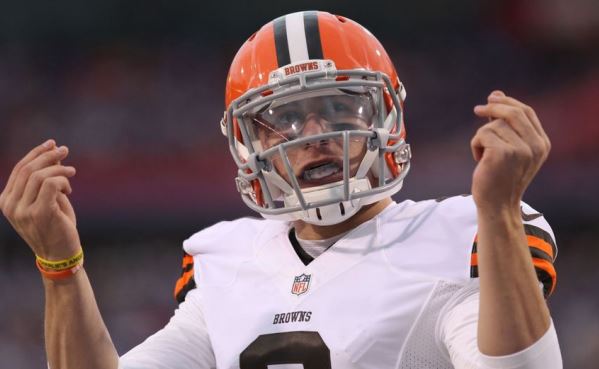 When sports fans hear the word “bust” they immediately think of a guy that has let his professional career slip away from him after having a promising collegiate career. From Greg Oden to Jamarcus Russell to Ryan Leaf, there have been a handful of “busts” in the history of professional sports.

Cleveland Browns quarterback Johnny Manziel may be the next athlete to be labeled as a bust, if he has not already. However, it is not because he does not have the skills on the field to be a player any team would want.

Over the past few weeks, Manziel has been involved with a pretty scary situation that has his NFL future on the ropes. Reports recently arose that say he and ex-girlfriend Colleen Crowley got into an altercation in which the quarterback “beat, restrained, and threatened to kill” Crowley.

The incident took place in late January as the two were staying at a hotel in Dallas. Police were called to the room after noises could be heard coming from inside the room.

No arrests have been made in the incident, but there is an ongoing investigation by Dallas Police. Crowley has since filed a restraining order against Manziel.

This is one of the most dramatic incidents Manziel has been involved in since being drafted in 2013. He has been seen partying multiple times in his home state of Texas and was even reported to have arrived at a Browns team meeting hungover at the end of the 2015 NFL regular season.

This has led new Browns head coach Hue Jackson to claim that the team is looking to separate themselves from Manziel. They are going to do so by releasing him from his contract on March 9, when the new NFL season officially begins.

The former Heisman Trophy winner from Texas A&M is certainly not looking like the first-round pick he was in 2013. When an athlete is drafted as high as Manziel was, he is expected to be a leader.

His stats on the field have been somewhat decent, having thrown for 1,675 yards and seven touchdowns in four career games. However, his off-field actions have proven to not be up to snuff for what an NFL quarterback should be.

You know things are bad when Mr. Two and a Half Men himself, Charlie Sheen, is trying to give you life advice. He took to Twitter a few weeks ago to tell Manziel to “get his s— together.”
Nobody knows what the future holds for Manziel, but it is pretty clear that the NFL isn’t going to be having him much longer.