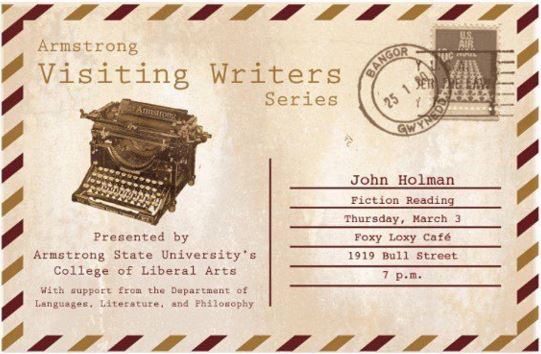 In a continuing effort to bring important and innovative writers to Savannah and Armstrong, the Languages, Literature, and Philosophy department is pleased to have critically acclaimed author Dr. John Holman present a reading at Foxy Loxy Café tonight, Thursday, March 3, at 7 p.m.

Holman originally hails from North Carolina, but has made a rather snug home for himself as a creative writing professor at Georgia State University. Holman boasts a series of accomplishments such as the Whiting Writers Award, which he received as a result of his examination of disconnection through a collection of short stories he titled “Squabble and Other Stories.” 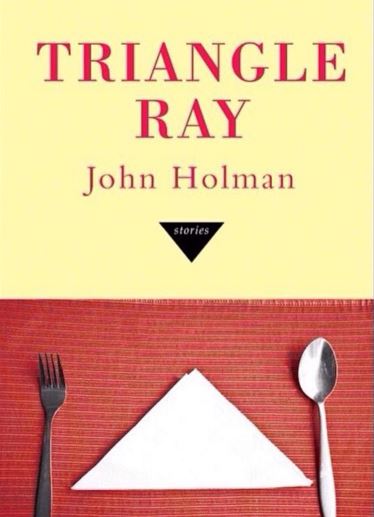 Published in 1990, “Squabble and Other Stories” details the struggles that African-Americans face in their search to find peace in the New South. Holman followed up on this theme of “disconnection” in his 1998 novel “Luminous Mysteries,” which eventually earned a spot on the 2010 Georgia Center For the Book’s “25 Books All Georgians Should Read” list.

His work has also appeared in magazines such as “The New Yorker,” “Alabama Literary Review,” “Oxford American,” “The Best American Series” and many more.

Holman has continued his foray into the short story world with his most recent work, “Triangle Ray,” which he will be reading from this tonight. Nearly twenty years in the making, the collection of tales is told through the young, black character of Ray Fielding. Holman follows Fielding in this coming of age tale as he explores the shaping of black identity and the lasting impact of segregation within middle class America.

Catch Dr. Holman at Foxy Loxy Café tonight, March 3, at 7 p.m. in the Foxy Loxy Courtyard. This event is free and open to the public.