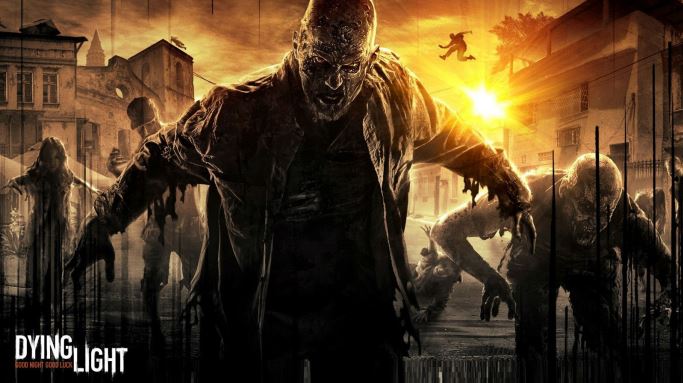 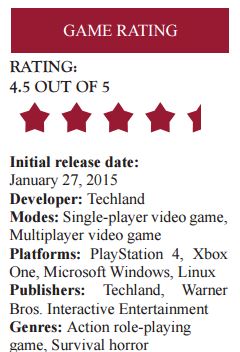 Dying Light is an open-world first-person shooter (FPS) of the survival horror genre, which has always  been one of my favorites. Created by Polish game design company Techland, and published by Warner Brothers, Dying Light Episode 4 was released in January 2015 for Microsoft, Linux, PS3 and Xbox One.

The game is truly a work of art: beautiful, invoking a great sense of dread in moments when the character is back against the old proverbial wall.

The game’s protagonist is Kyle Crane, an undercover agent hired by one of the groups in a quarantined city, who retrieves sensitive information on an infection sweeping the world. The infection creates a land full of undead.

The undead are weakened by the ultraviolet light during the day, being slow and easily seen from a distance. During the day, enemies are easy to avoid and fight, becoming dangerous only in extreme numbers.

During the night, however, the infected become several times stronger as they become free of the sun’s harmful rays. They move much faster, jumping and climbing over any terrain.

The day and night cycles introduce a peculiar playing aspect into the game, as they are skewed to allot more time for players to prepare for the more dangerous night cycle. The day lasts for a total of 64 minutes, while the night lasts only 7 minutes.

During daytime, factions assign the player tasks to increase favor with them, though the character must also try to gather as many supplies from the environment and airdrops as possible to prepare for the coming night. Players can use said supplies to fortify safe zones with traps to kill the more persistent attackers during the night.

The game places a large emphasis on physical prowess, with parkour being a player’s best offensive and defensive weapon in the game. This allows players to climb, run, and jump a la Assassin’s Creed or Prince of Persia to freedom. Players also gain benefits from various tools that help traverse the difficult terrain, such as grappling hooks. This will allow the player to climb high places with ease or allow travel from place to place without having to run along the highly infected low areas of the map.

While there are guns in the game, the weapon focus is very melee-based. Every weapon has limited durability, as well as limited repairs which forces players to change and adapt their strategy on the fly. The game boasts over 100 different types of melee weapons and over 100 different modifications. The combat is visceral, as players can almost feel the recoil of impact go up their arm with every swing.

The story does employ the beaten-to-death theme of zombie apocalypse, but the game is so beautiful with such immersive mechanics, it’s difficult to not be impressed.