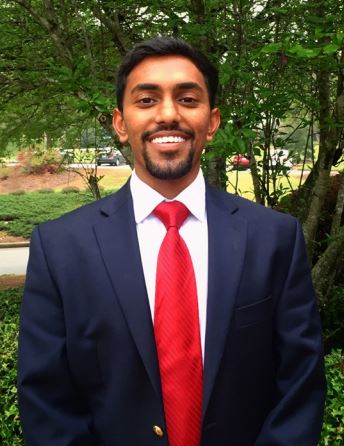 Dillon Patel, age 22, is a Business Economics major with a minor in English at Armstrong. But not for long, as he is also part of the spring 2016 graduating class.

With only a few months left, Patel has mixed emotions about graduating and leaving Armstrong. He said that he has made many good friends in college, but is “Definitely ready for the next chapter.”

His family are the proud owners of several hotels on Tybee Island, which brings about the expectation of whether or not he will be working the family business after graduation. When his father asked what he wanted to do after college, Patel’s response was simple: “I want to be here and help out.”

“My dad made sure that I didn’t want to go anywhere else, but he was relieved when I said that I’m staying,” he added.

The business economics major says he received some criticism from friends for staying close to home, but his philosophy is a positive one: “My parents have helped me out my entire life, so why not return the favor? With my whole life ahead of me, it’s the least I can do right now to give back to my family.”

Patel is a Tybee local and will continue living on the island to work in hotel management. He plans to own a beach hotel of his own in the next few years. He is a committed brother of Sigma Alpha Epsilon (SAE) and a member of the Econ club at Armstrong. He also enjoys playing intramural sports at Armstrong and riding jet skis.