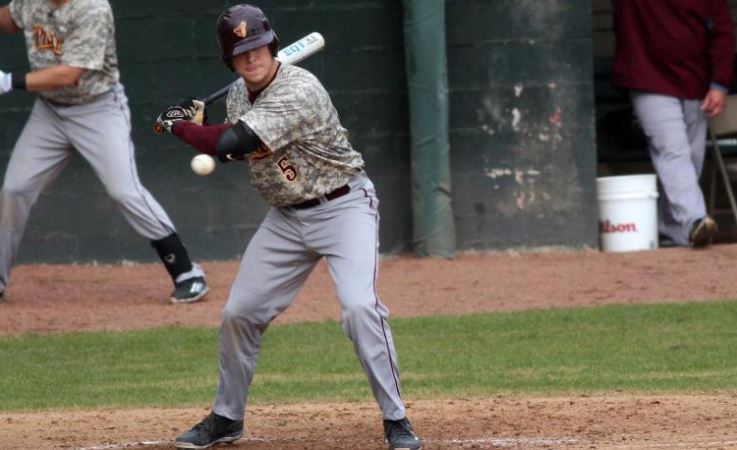 The Armstrong State University baseball team dropped two of three over the weekend in a Peach Belt Conference series against the Montevallo Falcons.

On Saturday, April 2, the Pirates were able to outlast the Falcons in a 16-inning marathon which tied the PBC record for longest game in innings played.

The Pirates were swept in a doubleheader on Sunday, April 3, with a 10-5 loss in game one and an 8-7 loss in game two. Jerad Curry led the Pirates in Saturday’s contest, going 3-6 at the plate, with three home runs and a walk.

Curry’s last blast came in the 16th and final inning, giving the Pirates a 10-9 lead. Ryan Lawless would retire the side in the bottom of the 16th to close out the Falcons. Lawless threw 5 innings of four-hit, one-run relief with 5 strikeouts to earn the win.

Chandler Corley finished the night going 3-for-7 while J.T. Phillips would go 3-for-8. In game one of Sunday’s doubleheader, the Pirates fought back from a 4-0 deficit to gain the lead in the sixth inning, thanks to a Berry Aldridge RBI single and a sacrifice fly by Will Austin.

Aldridge would finish the day 2-for-3 at the dish with three RBIs. Shortstop Chandler Corley ended up with a good day at the plate for the Pirates as well, going 2-for-4 with an RBI and two runs scored.

Montevallo scored twice in the bottom of the sixth on an RBI triple by Daniel Pardo and a fielder’s choice to retake the lead, 6-5, and then the Falcons tacked on four runs in the seventh to clinch the win. In the game three rubber match Sunday night, the Pirates built a 7-4 lead heading into the bottom of the ninth, but Montevallo scored four runs – two on an RBI single by Collin Dupree, then a wild pitch and an RBI single by Dane Hutcheon – to claim the win.

Stetson Smith went 3-for- 3 with two RBI for the Pirates in game two. Aldridge went 3-for-5 and Curry tacked on his fourth solo home run of the weekend series. The Pirates, now 14-19 with a 6-15 PBC record. They return to the road on Friday, April 8 to begin a three-game series with rival Flagler. They conclude the series with a doubleheader on Saturday, April 9.