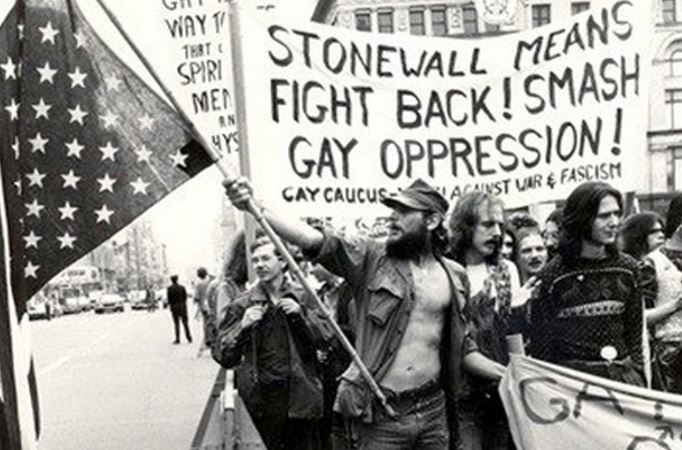 The Gay-Straight Alliance (GSA) held a viewing of “Stonewall Uprising” Wednesday, March 30, an event among many in the first LGBTQ+ Pride week for the organization.

The Public Broadcasting Service (PBS) Documentary “Stonewall Uprising” chronicles the Stonewall Riots in Manhattan, New York, which was a milestone for the gay community in the 1960s.

In the early 1960s, many gay bars were classified as “disorderly” which resulted in liquor license suspension by the State Liquor Authority. The Stonewall Inn, a gay bar located in Greenwich Village, has dark history steeped in Mafia-sponsored cloak-and-dagger-type deals.

Many Mafia members saw a lucrative opportunity to supply the homosexual community with a public place to engage and socialize while providing them watered-down drinks.

Unfortunately, the bar was still subject to raids and in June 1969 one particularly fierce raid ended with violence and police brutality, which proceeded to ignite a fever of gay activism in the community.

The film captured the suppressed anger from the gay community following the raid, as well as the American taught disgust for the community. It also showed the supporters the gay community slowly built during this era of hatred, civil injustice and racial tension.

The film was narrated by several people in and at the Stonewall Riots, including an NYPD officer from the 60s to offer perspective from both sides.

The screening shed light on the event realities that were otherwise little known about topic.

“All I really knew of the riots was that the community was tired of being oppressed by the police, so they decided to stand up against them,” said sophomore Chemistry major Charles Breazeale.

“I found it extremely interesting that many gay bars, including Stonewall, were actually run by the mafia,” sophomore biology major and attendee Justin Cash said. “It was also sad to see all of the anti-gay propaganda and police brutality directed towards those in the gay community.”

There are a lot of events to look forward to in this LGBTQ+ Pride week. Join the fun by visiting these events and supporting Armstrong’s GSA.