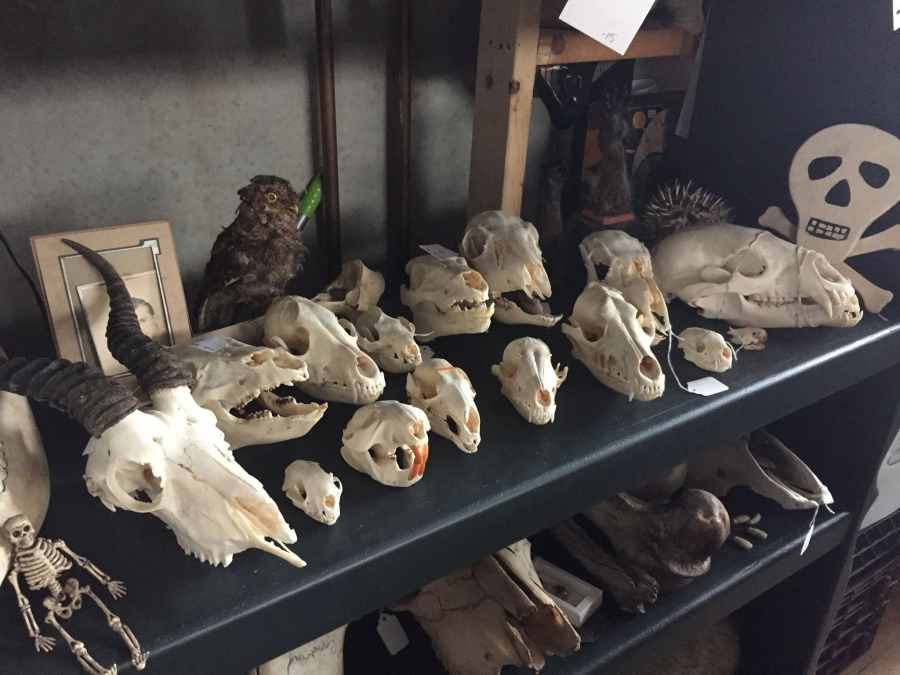 An assortment of “curiosities” at Graveface. (Phot by Melanie Gibson)

At 6 in the morning, the line outside of Graveface Records and Curiosities at 40th and Bull Street stretched to the corner of the block. By 8, it was around the building. This isn’t particularly surprising, considering that Graveface is one of two local stores who participate in the yearly Record Store Day.

Graveface has been participating in the national event since its opening almost 5 years ago. The shop not only supplies vinyl, but also sells clothing, oddities, horror masks, and other small gifts.

They are also serves as an independently owned record label, which resides catty corner to the shop.

Sean Dawkins, a resident of Savannah and active member of the DIY punk scene, expressed his passion for the Record Store Day festivities.

“It’s a really cool day for being specific to records,” Dawkins said. “I just wish the exclusive content weren’t catered to just one day, and that maybe more local artists would be able to get their music out there in addition to the major labels.”

Dawkins’s comment is also in response to the release of already available music that is accompanied by rare or previously unreleased content, exposed on this one day of the year.

Rachel Cooper, a SCAD student and resident of Savannah, discussed her thorough satisfaction with the people of Graveface and the store itself after her visit.

“The staff were very friendly and helpful,” Cooper beamed. “The shop had an awesome selection of records from a wide range of genres and years for good prices.”

The Facebook event page estimated that over 200 people were expected to visit Graveface Saturday, a substantial amount of which hailed from outside of Savannah and even outside of Georgia.
According to the shop’s page, Graveface still has some exclusive content left over from Record Store Day. Information on future events can be found on Graveface Records and Curiosities’ Facebook page and website.