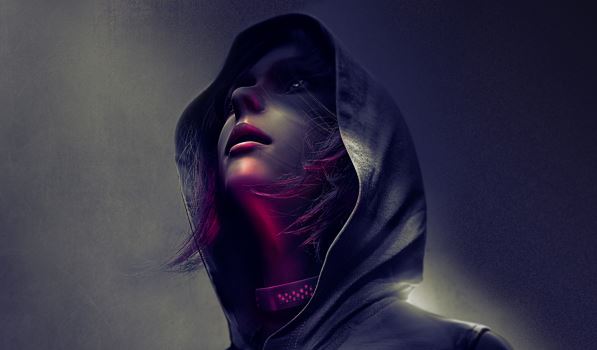 The game comes from humble origins, beginning as a Kickstarter endeavor, it became a reality after collecting over $500,000.  Originally developed for iOS, “Republique” has managed to move out of the mobile gaming market and onto computer platforms, with a PS4 release planned for March 22, 2016.

In “Republique,” players do not assume control of the protagonist, but rather assist the main character, Hope. Players control surrounding details like surveillance cameras and locks to distract guards or let Hope slip into areas she may not be able to gain access to otherwise.

Players can make use of an internal-database throughout the game to gain personal information on guards and other non-playable characters that can then be used to their advantage.

“Republique” is set in a totalitarian facility called Metamorphosis , which is reminiscent of George Orwell’s “Animal Farm.” The upper class of this society perform mysterious experiments on the lower class of the order.

The lower classes are often born and bred in the facility, never seeing the outside world throughout their entire lives.  Hope manages to contact the player using a stolen phone and convinces them to try and help her escape her life of suffering.

It is important to remember that the game gets its roots from a kickstarter campaign, which is a clear sign of independent development. While this is not a bad thing (many great games are by independent developers and have gone on to be fantastic), “Republique” definitely loses its appeal after a few hours of gameplay.

A stealth game can only keep the players attention or any level of fun if the player is in constant danger or risk of losing either items or their time. However if Hope manages to get caught, she ends up in a cage not too far away that is easy to break out of. Once players realize that they have nothing to fear, the game kind of loses its feeling.

All in all I had enough fun with the game to say that it is worth what I paid for it. It has a lot of strings and plot build-up in the earlier chapters, but they are quickly resolved toward the end and in ways that do not really make sense. The story really crumbles. Combined with the low risk of death, I can say I lost interest pretty fast.