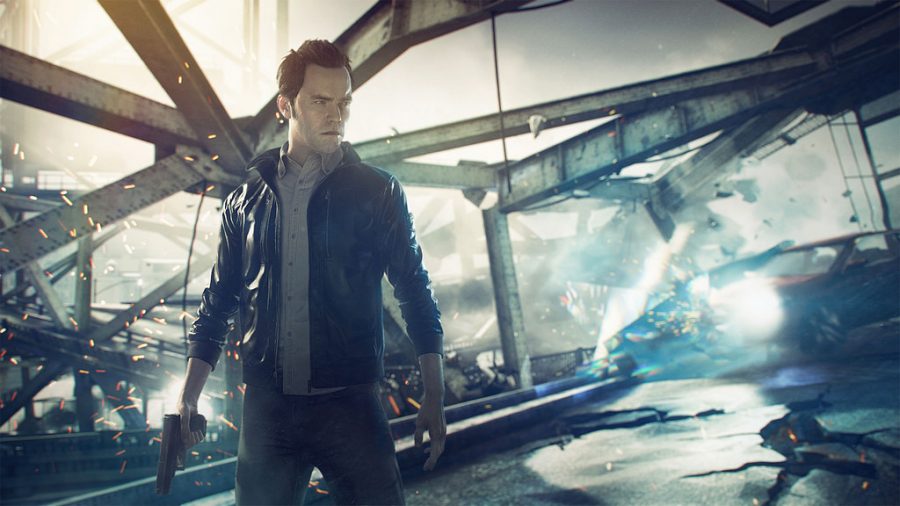 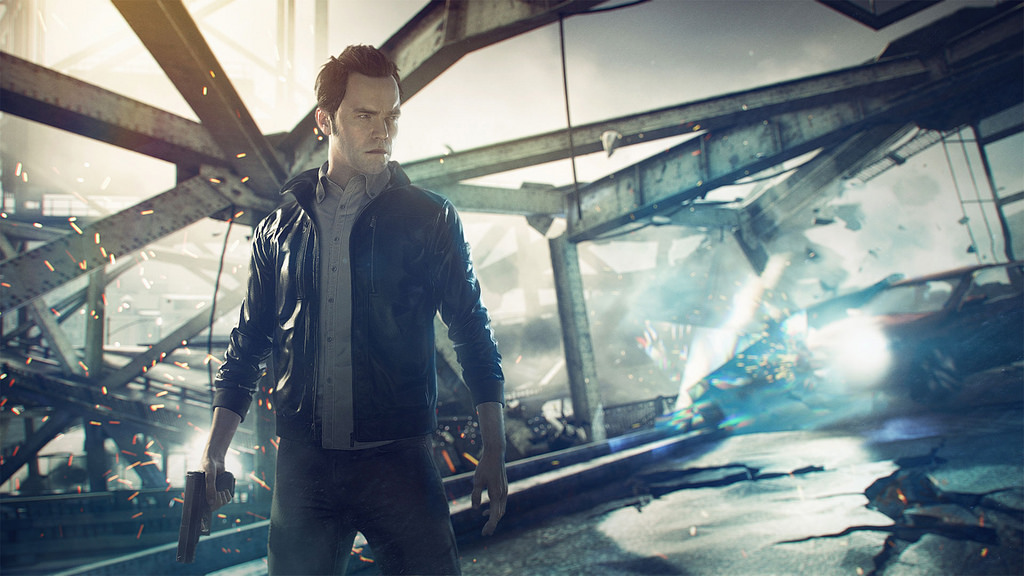 Jack Joyce struggles to find an even playing field after disrupting time in the 2016 game Quantum Break, a science fiction effort developed by Remedy Entertainment and published by Microsoft Studios for PC and Xbox One.

Joyce is forced to deal with the repercussions of meddling with time alongside his brother William, and longtime friend Paul Serene. Following an initial time travel accident that created a rift in time, Joyce develops the power to slow time to a stop. On top of the standard slowing or stopping of time, Joyce has a few other variations of time powers that are found useful in combat. Actions like “Time Blast” tear enemies apart, also reversing the direction of oncoming bullets back at their source

Segments of the game are less action oriented, testing player’s puzzle solving abilities.  As time begins to fall apart, the objects in Joyce’s path may get caught in a time loop preventing him from advancing. Joyce must bypass these objects by speeding up or slowing down whatever blocks Joyce from furthering in his mission. Players can also occasionally get help from other characters by reviving them from being frozen in time.

Joyce’s struggles revolve around a time machine that has been created from the work the main character’s brother, William Joyce. Building upon the work of the brother, the Joyce and Serene manage to build a functioning time machine. After some initial success, the machine is damaged, forcing the collapse of the world. As the chaos ensues, the brothers are doused in time particles, giving the two brothers the ability to manipulate time.

I have to be honest, the game can be quite fun at times and the graphics are nice to look at, but the plot gave me a headache. During this time of year the released date of games slow down to a crawl with very few things to look forward too, but if nothing else this killed another nugget of time between here and the grave. Though the game itself has a decent replay value because of the many different possibilities of cut scenes that affect the game’s outcome.