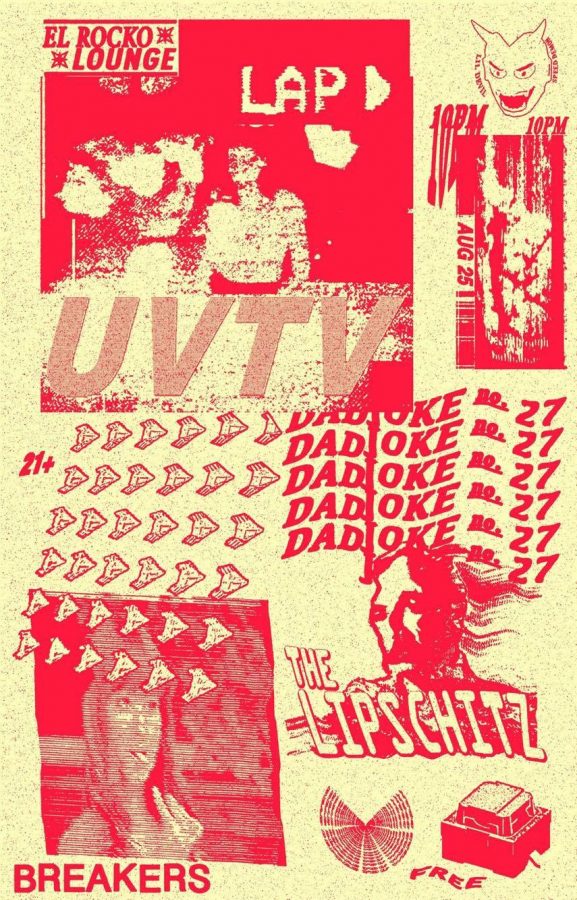 With the first two weeks of classes coming to an end, it’s easy to get bogged down in academic affairs and see midterms as a ominous, looming specter. Getting back into the daily grind of studying, pop quizzes and writing papers can seem overwhelming after a long and lazy summer.

However, as Jack Nicholson wrote in Stanley Kubrick’s “The Shining,” “All work and no play makes Jack a dull boy.” Focusing on school is important, but giving your brain a break can often prove more beneficial than not. What better way than a good old-fashioned head-banging?

Dad Joke Productions presents a remedy to your back-to-school blues with another classic punk rock show. It’s the 27th actually, but who is counting?

The show features several “hometown heroes” of the downtown scene: two-piece couple The Lipschitz, as well as the always sharply-dressed men of Breakers. The show also welcomes Gainesville, Fl band, UV-TV back to Savannah, for their second time.

While most bands fall under the umbrella of punk rock, they each set themselves apart in a notable way. UV-TV has a very punk, slightly poppy sound featuring a female vocalist. The Lipschitz are local and loud, self-described as “garage yacht.”

Breakers simply describes their aesthetic as “not ‘surf rock’” but you can be the judge of that. The show takes place inside downtown indie-glam bar and venue El Rocko Thursday, Aug. 25, from 10 p.m. til’ late. Admission is free. Attendees should note that El Rocko is a 21+ establishment.