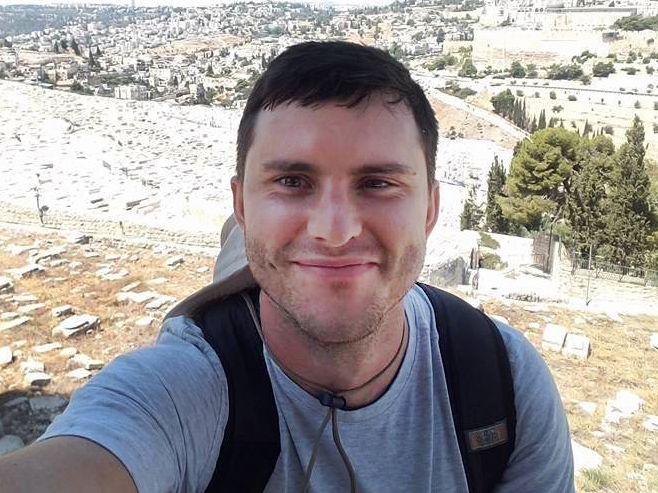 Deeply involved on campus, Ethan was a dedicated student, a regular sports contributor to the Inkwell Newspaper, and had just been appointed to the Languages, Literature and Philosophy department’s inaugural Student Advisory Board where he was eager to begin representing the department.

Ethan was a beloved writer for the Inkwell, chiefly contributing sports articles during his tenure. His long-time editor, Caleb Bailey “could not have asked for a better colleague. He was the most professional person you could ever meet. However, he was more than just a hard worker. He was a great person and an even better friend. He was never without a smile and could talk with anyone he met.”

“An English major and writing minor, Ethan was planning to graduate this spring and begin law school within the next year or so. I always looked forward to talking with him. Last summer he traveled to Israel with a group of political science majors, and I will always remember his showing me all of the photos. He enjoyed everything about the country and told me he wanted to return. He even managed to infiltrate a mosque with some Muslim friends and ask questions of the religious leaders. Along with many others, I will miss him terribly.”

“This news comes hard. Ethan took my Introduction to Creative Writing class, a special class that I remember for its congeniality and professionalism. Among this group Ethan distinguished himself as a devoted, thoughtful, and giving reader of his classmates’ work, as well as a writer dedicated to honing his craft. A kind and gentle soul, I will think of Ethan fondly.”

His recent professor, Dr. Regina Bradley, shared that “Ethan was a generous thinker, slow to comment but quick to listen. His questions were well thought out and, although firm in his beliefs, Ethan was careful not to push his feelings and opinions on his classmates. He was such a joy to teach. His shy smile and easy laugh helped make our classroom a safe space and his good energy will be sorely missed by me and his classmates.”

A close friend of Ethan’s, Tyler Dietz, shared that “he was truly the best among us. He was not only one of us, but one of the best of us. He was truly my idol and who I aspired to be, and he deserves to have his memory honored.”

His recent professor, Dr. Chris Baker was teaching Ethan this semester in his Shakespeare class.

“He was always attentive and involved, and ready with a question or comment to enrich our discussions. He had an easy friendliness and a quiet sense of humor that made him a pleasure to have in class. Armstrong has lost a fine man,” Baker said.

We encourage those affected by this tragic loss to take advantage of Grief counseling available at the University Counseling Center on the first floor of the Compass Point 7000 building.