Preview: Eagles looking to finish their week on the road with a win 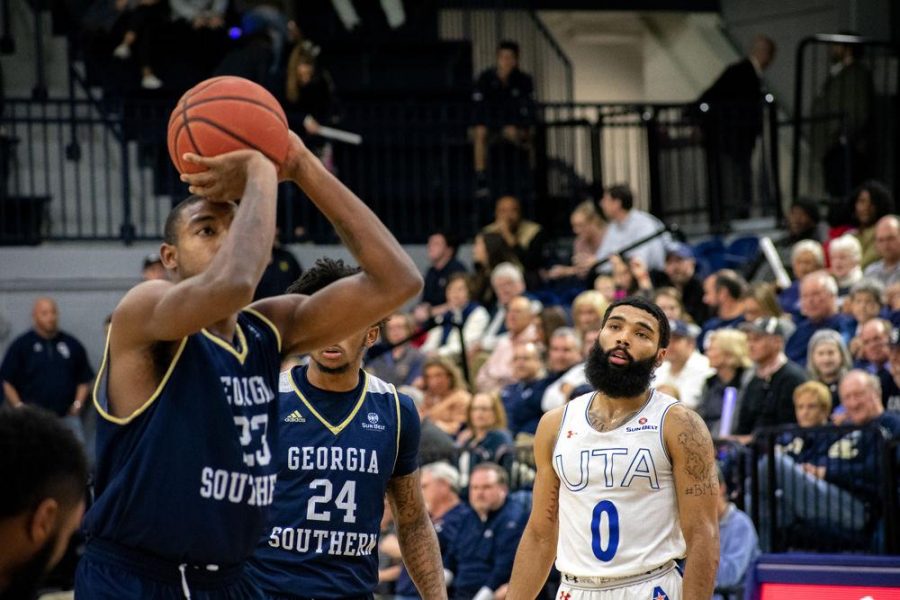 The Eagles currently sit at an overall record of 14-9 while showing a conference record of 6-4.

The Georgia Southern men’s basketball team will take on the 12-10, 5-5 University of Louisiana Monroe WarHawks Saturday night in the Fant-Ewing Coliseum. They are currently placed sixth in the Sun Belt.

Coming off of a big victory at Louisiana, the Eagles are flying high with a 14-9, 6-4 record. Senior guard Tookie Brown bounced back from the disappointing Georgia State loss with a season high 32 points during a whopping 40 minutes of play. He also made a season high 11 free throws. Redshirt-sophomore guard Quan Jackson is becoming a staple for the team, now averaging 16 points a game. He tallied 23 points and five rebounds.

In their previous game, ULM defeated top ranked Georgia State at home 82-76 after a three game losing streak. Senior guard Daishon Smith led with 36 points, eight rebounds, and seven assists. His performance brought up his season average to 21 points. He has put up double digit points in 18 of the last 19 games.

In the last match, GS defeated ULM 79-78 at home. The game was decided by Jackson’s game winning three pointer.

You can stream this game on ESPN+, tip-off will be at 8 p.m.