The perfect person for the next U.S. president 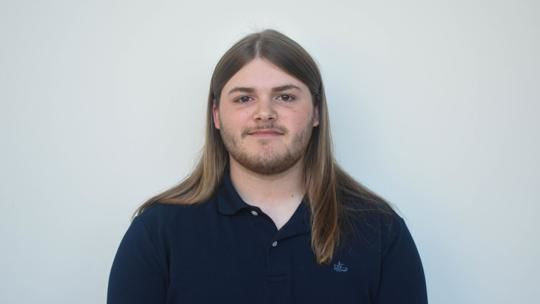 As the 2020 United States presidential election draws closer, candidates are beginning to launch their campaigns in an early effort to gain supporters. Despite the benefits of early political advertisements, many notable presidential hopefuls have yet to announce if they will be running in next year’s election.

With that being said, who do we hope to see in the 2020 Presidential Election?

One woman among this list includes none other than former First Lady of the United States, Michelle Obama. As a supporter of former President Barack Obama, I believe that she would be a great addition to the 2020 presidential race.

She has proven time and time again to be a kind-hearted, confident, committed woman who inspires to help everyone, regardless of our differences. Additionally, she is an inspiration to many Americans, including myself.

I believe that she would be a perfect representation as the President of the United States, an advocate for building bridges rather than walls.

“More than anyone, in particular, I hope to see principled candidates with the interest of the American public on the forefront. Rather than continuing to support politicians who play the popularity game by swinging from opinion to opinion, I’d like to see support for individuals who stand firmly for the rights of all Americans and for a viable, sustainable, peaceful future. In all, I hope that the public doesn’t fall for empty promises and impracticable ideals, but rather that they choose champions of liberty. They are the only candidates who will ensure the rights of all Americans now and for future generations.”

“The person I would most like to see run for president in the near future is Republican Nimrata “Nikki” Haley. It is currently looking like she will not be attempting a run in 2020, but she would be a phenomenal candidate for 2024.

Nikki Haley was a businesswoman and a South Carolina state house representative but she is best known for serving multiple terms as South Carolina’s governor and her role as U.S ambassador to the United Nations.

Her time as ambassador to the UN has shown us how adept she is on the international stage. She was able to champion security council resolutions 2356, 2371, and 2375. These resolutions placed heavy sanctions on North Korea, bringing Kim Jong-Un to the negotiation table.

The overwhelming debt in the US is a major issue. She has a policy of fighting deficit spending and eliminating government waste. She supported policies that mandated spending limits. She supports making federal spending transparent, limited and genuinely effective.

In conclusion, as president Haley would strive to lessen debt, promote capitalism and create a much stronger international respect for the United States of America. I have a strong belief that she is the best person to achieve that goal and there would be no stronger candidate for president.”