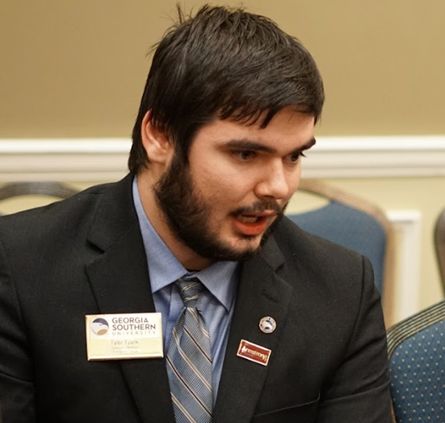 Legislation to revert commencement changes will be proposed again at Saturday’s joint Student Government Association session on the Statesboro campus.

Armstrong SGA speaker Tyler Tyack will bring forward the same resolution that was voted down at the last SGA meeting on Feb. 20.

“It’s another chance for all three campuses to be united on an issue again,” Tyack said. “I’m excited and hope that we will be able to have the support from the Statesboro campus and their senators.”

Tyack’s proposed legislation calls for students to be given the option to walk at graduation on their own campuses at the end of the semester.

It also calls for the creation of a committee made up of equal parts students and faculty, along with listening sessions on all three campuses held prior to any final decision by the president’s cabinet for the next commencement ceremony.

The resolution passed on the Armstrong campus before being brought to Statesboro where it was voted down by Statesboro campus SGA.

SGA President Jarvis Steele was emailed on Monday for comment on Tyack’s legislation but has not replied.

The joint session, called SGA Spring 2019 Convention, will gather SGA representatives from all three GS campuses. The session will take place in the Military Science Center from 9 a.m. to 4 p.m.

Tyack’s full resolution can be viewed below.