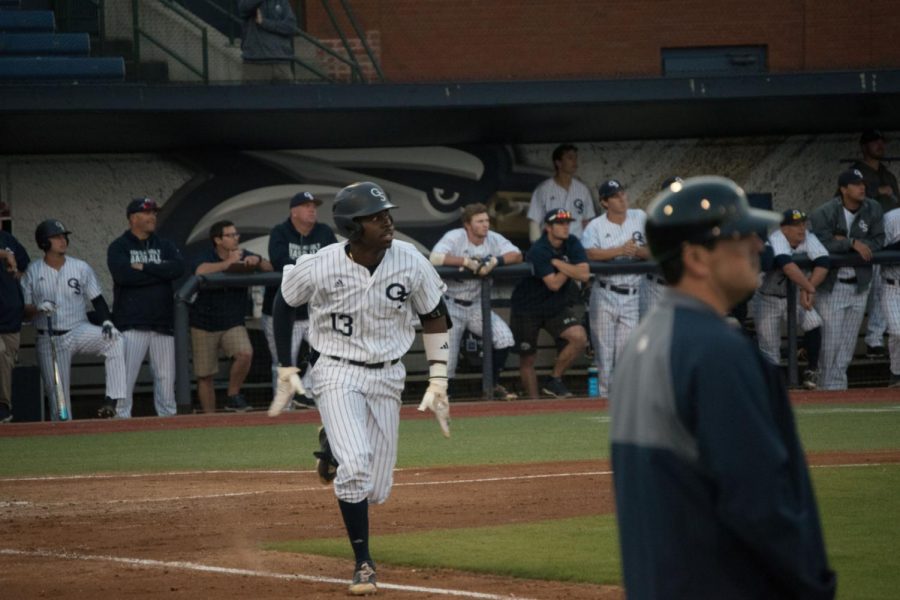 After their season-opener in Auburn the Eagles now sit on an overall record of 1-2.

Coming off an intense weekend away at Auburn, the 1-2 Georgia Southern baseball team will be taking on Georgia Tech next in their home-opener Tuesday.

The Yellow Jackets currently hold a 2-1 record on their 2019 season, their only loss being a 7-1 game against the Richmond Spiders.

After their three games as a team GT shows a 0.238 batting average after logging 12 runs and 25 hits so far. Michael Guldberg leads the Yellow Jackets with his 0.500 batting average as he’s been at bat six times and gotten hits off three times.

The Eagles have also played three games so far this 2019 season in their weekend series against Auburn where they went 1-2 against the No. 15 Tigers.

After the weekend the Eagles also have a team batting average of 0.238 while sophomore outfielder Noah Searcy leads with his 0.400 batting average with one run and two hits off his five at bats.

Senior right-handed pitcher Daniel Collins saw the most time on the mound against Auburn as he pitched an ERA of 1.80 while throwing two strikeouts and only allowing four hits and one run. Freshman left-handed pitcher Braden Hays also impressed on his collegiate debut as he played for five innings against Auburn where he threw for two strikeouts and only allowed three errors.

The two teams will face off at 6 p.m. Tuesday at J.I. Clements Stadium. The game will be streamed on ESPN+ and the Georgia Southern Sports Network.