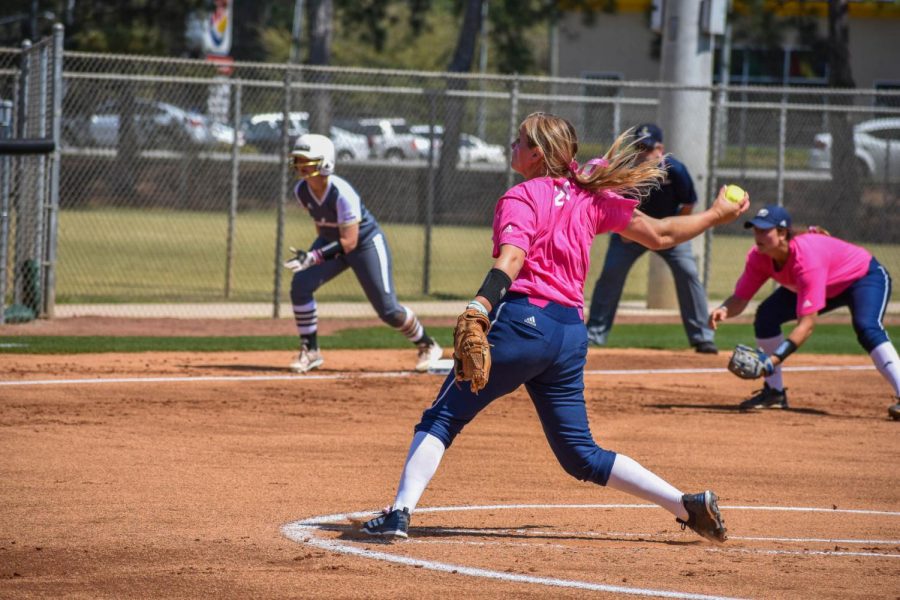 The Eagles sit at a current record of 4-3, coming off a loss on the road to the Mercer Bears.

The IUPUI Jaguars will be travelling from Indiana and will be looking to break their five-game loss streak as they started their season out a little shaky.

The Jags competed in the Total Control Sports Invitational Feb. 8- Feb. 10 where they were swept and left with a record of 0-5.

As a team the Jags have started the season batting an average of 0.234 and have logged 11 total runs and 30 total hits.

Delainey Turner leads the Jags with a 0.400 batting average as well as logging three runs and six hits.

The Eagles will be taking on IUPUI first Friday at 4:30 p.m.

The Morehead State Eagles will also be looking to break a long losing streak as they come to Statesboro with a 0-4 record after being swept at the Phyllis Rafter Memorial Tournament.

The Eagles will take on Morehead both Friday at 7 p.m. and Saturday at 4:30 p.m.

The mount will be kicking off their season as they head to Statesboro with a blank record.

The Eagles will face Mount St. Mary’s both Saturday at 7 p.m. and Sunday at 2 p.m.

The UMCK Kangaroos are coming off a successful weekend of play where they went 3-2 at the Total Control Sports Invitational. Both their losses were slim as they lost to Loyola-Chicago 0-1 and DePaul 1-2.

As a team the Roos bat an average of 0.321 as well as tallying 31 runs and 44 hits on the season so far. McKenzie Harrish currently leads UMCK with her 1.000 batting average with her two runs and one hit.