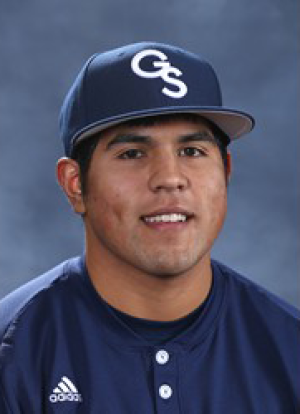 The Gay-Straight Alliance (GSA) has organized a roster of events to create Pride Month in April to serve Armstrong’s own LGBTQ+ population. According to last year’s climate campus survey, one-sixth of Armstrong’s population identified as LGBTQ+.

Beginning April 3 through the 26, the 2017 Pride Month will consist of guest speakers, forums and engaging activities. The events will occur on both the Savannah and Hinesville campuses.

The GSA encourages everyone to attend, as their events are not limited to those that identify as LGBQT+. The only requirement is to be accepting and willing to learn about the community.

GSA president, Hunter Hart, describes the month’s purpose as a means to educate our community.

“The LGBTQ+ community is still fighting an uphill battle, and if GSA can help educate our students on campus, and spread what’s learned throughout Savannah and even further, then we are helping something bigger than just our organization,” Hart said.

Some of the upcoming events in Pride Month include GSA’s annual prom, “A Danish Girl” movie screening, “Religion in the LGBTQ+ Community” panel, a movie screening and the GSA Drag Show.

Each year, GSA’s prom has a new theme.  This year the theme is “masquerade” and there is a special surprise planned for the first 50 guests.

“The best part of GSA’s prom has to be that you come as yourself,” Hart explained.“In high school, not everyone was ‘out of the closet’ and had to hide who they really were.”

GSA invites you to bring your date, whether straight, gay, etc. They describe their prom as “the high school do-over.”

As with any prom or event, volunteers are needed.  If you are interested in helping out with Pride Month, email the Gay-Straight Alliance at gsa.aasu@gmail.com or message them through the ASU Pride Month Facebook page.

The Masquerade Prom will be held Tuesday, April 18, from 7–10 p.m. in the Student Union Ballroom.

The Armstrong LGBTQ+ community is growing by the year, currently accounting for more than 1,000 of our student population. Pride Month 2017 aims to help combat ignorance and hatred on campus by educating students through fun, engaging events that bring the Armstrong community together as one.