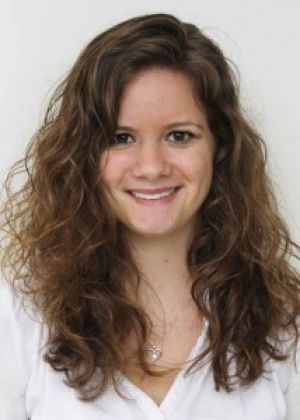 This past Friday meant more than the return of the weekend for senior art students. The Armstrong Fine Arts gallery hosted the senior showcase, “Eclectic Collective,” highlighting students’ artistic endeavors during their final year at Armstrong.

Sonia Mednick played intermediary host, thanking Armstrong faculty and attendees for supporting student work and the arts as a whole. The artists each took turns speaking about their art.

Victoria Klein was the first artist to introduce her work. Klein chose several different mediums such as photo prints, embroidery and crystals to display a recurring theme of beauty and death.

She presented black and white gelatin film photography prints of skulls juxtaposed with vibrant embroidery that she added post process. Klein also utilized sculpture by created her own crystals using borax on a weaving and ceramic pots.

Tanner Levi presented his graphic design and branding work. He thanked professor Angela Horne for her support before illustrating the thought process behind his campaign.

Levi chose a bright color palette reminiscent of the cyan, magenta, yellow and key (CMYK) printing process used by standard computer printers. Through his talents, Levi created his own fonts from the older models of pixels within computers.

Levi also used his work to create a branding campaign to showcase new media art and find places for them at contemporary museums. His work advertised a fictitious gallery reception showing new media work that he hopes to see in the future.

Elizabeth Culver was next to present. Culver briefly explained that nature is the main theme in all her work. Her processes included sewing a tribute quilt for her late mother, using solarization in the darkroom and utilizing organic materials for a sculpture.

Culver’s quilt is made of photos of her mother and intricate weaving. She also displayed her darkroom solarization landscape photos. One notable piece in her collection was a large sculpture of a mossy. The tree is mounted to darkened canvas and is adorned with organic materials.

Sonia Mednick went on to present graphic illustrations and comic scenes. Mednick illustrated numerous goddesses depicting the elements fire, water, air and earth. Digital illustrations and symbolic tattoos for each goddess further drove home the symbolism. Mednick also created a comic of herself as if she were in a dream world, as well as handmade ghost patches available for purchase.

Students interested in viewing the exhibition can visit the Fine Arts Hall gallery from April 14-20.