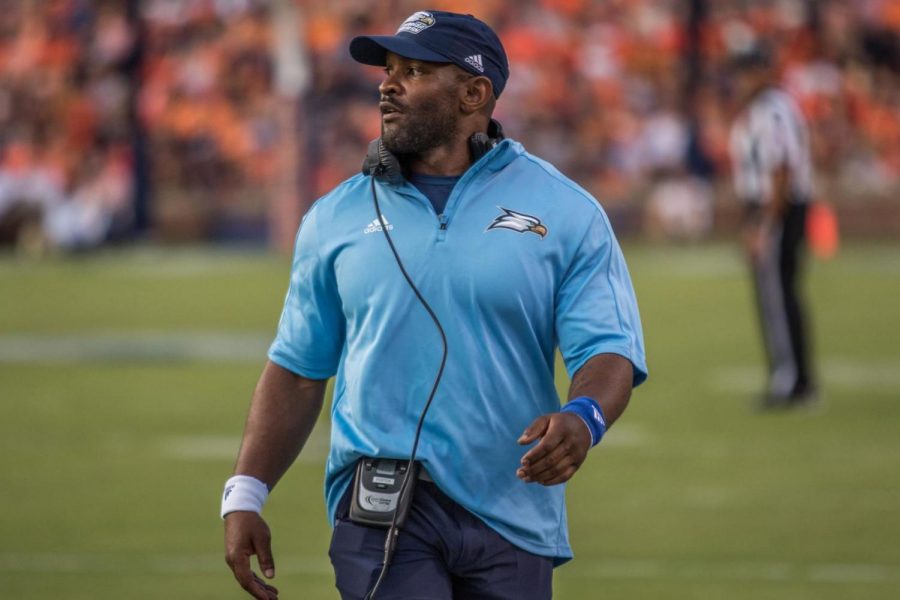 “I feel honored and grateful for Coach Lunsford giving me this opportunity,” Foster said in a press release. “I’m excited and ready to take on this role.”

Foster has been the running backs coach at GS for four years now. He will also take on the role and duties of the recruiting coordinator in his new position as associate head coach.

In Foster’s first season at GS, the running backs for the Eagles ran for a combined 1,639 yards and scored 15 touchdowns while also catching five touchdown passes.

In 2017, GS led the Sun Belt in rushing yards as four of their running backs rushed for a combined 1,699 yards and 14 touchdowns. Wesley Fields, a junior at GS, led the team with 811 rushing yards and five touchdowns, which earned him honorable mention all-conference honors.

“Coach Foster being named associate head coach will allow him to add responsibilities that help us to continue to grow our relationships with our players and build that GS Man,” Lunsford said. “Coach Foster has demonstrated tremendous loyalty to Georgia Southern and our program and I know he will excel in his newly assigned role and help us go from Good To Great in 2019!”