Active Minds Present “Pass It On” 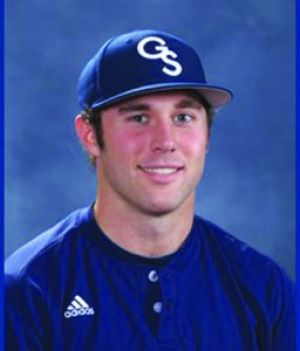 On Sept. 29, Armstrong students gathered together in the Solms building to listen to the “Pass It On” presentation, which was centered around suicide prevention. Friday’s event was part of week-long activities that were being held as part of Armstrong’s Suicide Awareness week. While waiting for the presentation to start, students prepared themselves for the nature of the topic. The quiet atmosphere in the room and the attentive faces of the students was a sign to the speakers that they had everyone’s undivided attention and support for this topic. As soon as the lights dimmed and the slide show appeared on the screen, the presentation began.

Speakers, Liz Kersey, president of Active Minds, and Sakile Johnson, an event coordinator of Active Minds, both led the presentation as they first started the discussion with statistics about suicide. Some statistics included that there are more than 1000 suicides each year on campuses and that suicide is the third-leading cause for teens and adults.

Becca Bussard, a junior majoring in nursing, came out to show her support and knows how important it is that Armstrong hosts these kinds of events for college students. “It sheds light on the issue,” Bussard said. “It’s especially important when you are at an age when so much is on your shoulders.”

Many students showed up for the event in droves that resulted in the relocation of the presentation to accommodate the abundant number of students. Although Armstrong students, primarily in the psychology and the nursing fields, were present, there were other students who came to listen and to show their support for the event.

The speakers discussed stigmas concerning mental health. Kersey let students know how important it is to choose their words carefully regarding how they go about talking about suicide. For example, the stigma of victimizing language such as “committed suicide.” As noted by Kersey, “Saying a person ‘committed suicide’ puts a stigma, so we change it by saying ‘lose their lives to.’”

Johnson discussed in the presentation “Do’s and Don’ts”. These tips encouraged supporting someone that one thinks could be considering suicide.

Some Do’s included: do know the risk factors and do stress that suicide is not their only option. Some Don’ts included: don’t demand they seek help and don’t try to solve the problem alone. Because of the nature of the presentation, Kersey gave advice for anyone who chose not to come out of fear of what others would think.

“Don’t be afraid. We are together in this,” Kersey said.

She also encourages students to feel the connection with others. “We are equals…physically, mentally, and spiritually,” Kersey said.

The significance of the event was seen when Kersey decided to share personal details about her own life. This was to let students know how important it is to be themselves. “Don’t be afraid to express who you are around people you don’t know,” Kersey said. After the presentation ended, pizza and music were provided in conjunction with a positive activity. Students were instructed to write positive messages on white paper bags and to mingle and socialize with the other students that were in attendance.

Events like the “Pass It On” presentation are held for students to not only discuss important topics that are relevant to the campus but to understand how important it is to build healthy community relationships with awareness.

For more information on suicide prevention, be sure to check out the Armstrong website. If you suspect someone is immediately suicidal, contact the Armstrong police department.