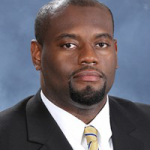 The Department of Art, Music and Theatre presented its first Blackbox show “The Revolutionists” from Sept. 28-Oct. 1 in Jenkins Hall. The comical historic play starred Olivia Quillman, Brianna McDonald, Cassie Martinez and Courtney Lawson. The play was written by Lauren Gunderson, but Courtney Helen Grile served as director for the show.

The play was about four important figures during the Reign of Terror of the French Revolution: Olympe de Gouges (Quillman) a feminist and playwright, Marianne Angelle; (McDonald) a freewoman and rebel from Haiti; Charlotte Corday, (Martinez) also known as the “Angel of Assassination” and Marie Antoinette, (Lawson) the queen of France.

Marianne Angelle was a character comprised of fiction, though her character was based on the people who contributed to the French and Haitian Revolutions that were never written about. The four women also never met in history, but this play is based on what Olympe de Gouge was trying to write about before she was executed. Gouges used her talents to give a voice to those suffering from inequality in France.

In the beginning of the play, Olympe tries to think of a good idea for a play while hearing comments about it from Marianne. Then, Charlotte Corday finds them and asks Olympe to give her some lines in her play before she kills journalist Jean-Paul Marat so people will understand her motivation. She receives encouragement from Marianne and protests from Olympe, but sticks with her decision to kill Marat while he is in his bathtub. Then Marie Antoinette comes along, with a lot of ribbons, to be a part of Olympe’s play as well. Marie Antoinette was easily the most comical of the group. She was portrayed as a stereotypical spoiled, frivolous queen.

In the second act, the characters face the inevitable in what they refer to in the play as “Madame Guillotine.” Even before their executions, the four women found time to comfort each other in moments of sororité (sisterhood). Marianne was the only who wasn’t sentenced to execution. As they went up to the scaffolds, they had their heads held high and maintained composure even as some of their last words were “Tell my father I’m sorry I could never give him grandchildren” or “I’m so sorry, I didn’t mean to.”

Even with all the dark plot elements of the second act, the comedy did not let up. The actors kept up with the timing while continuing to give their characters depth that helped the audience learn what these women were like.

The entire play was very meta—it was essentially a play within a play. All the jokes could be appreciated by everyone, including an ongoing gag that poked fun at French Revolution-era musical “Les Miserables.”

Marie Antoinette actress Courtney Lawson said she was proud of how the production was going despite losing a week of rehearsal time, “Because of the hurricane we missed a week of rehearsals and last week we didn’t know a lot of our lines so we weren’t sure how the show was going to go. But now we’re up to speed and it’s turned out great!” Lawson went on to say that they had to do a lot of research for their characters “Our dramaturg Brianna McNish helped us a lot with the questions we had during rehearsals but we still had to do a lot of research on our own,” Lawson added.

Newcomer to the theater department Cassie Martinez said her favorite thing about playing Charlotte, “I liked being able to have a knife in my boot.” She then explained what she would have done if she were in Charlotte’s shoes, “You gotta do what you gotta do during times like that.”

Theater performance major Macie Young got a lot of enjoyment out of the show “I loved it. I especially loved all the characters, but Marie Antoinette was my favorite because she made me laugh the most. I thought the message of the play was very heartwarming and empowering for women of all ages.”

The Theatre Dept. will be presenting its next production “Blithe Spirit” October 26-29 on the Main Stage.