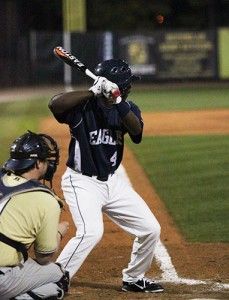 On Oct. 5, Armstrong held the Dean’s List Reception. This reception was held to honor students whose GPA was 3.6 and above during the Spring 2017 and Summer 2017 semesters.

The reception was held in the Student Union Ballroom, which was hosted and led by Dr. Teresa Winterhalter, dean of the College of Liberal Arts, and Dr. Delana Gajdosik-Nivens, dean of the College of Science and Technology. They first began by congratulating the students on their accomplishments and was followed by the introduction of the guest speakers.

Armstrong students gathered together in the Student Ballroom as they stood in recognition at their accomplishments. Students from all the colleges of the university were present during Thursday’s event. Students then listened to guest speakers who served to motivate them by giving them words of wisdom.

The reception began at 2 p.m. and lasted until 3 p.m. Armstrong students mingled and socialized with each other as they served themselves light refreshments, such as cookies and lemonade, that were provided during the reception.

Towards the end of the Dean’s List Reception, names were drawn from two hats, each with the names of the dean’s list recipients from the College of Liberal Arts and the College of Science and Technology.

Charity Williams, an English Communication major, and Sami Scott, a Biology major, were the selected winners. The two winning students each received $500 scholarships.