Iron Chef: Battle of the Sexes 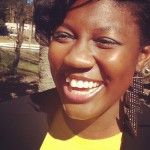 The competitors were separated into two groups, women versus men – excluding the chefs. Dr. Cruz-Jimenez, Dr. Torres and Chef Ed against Dr. Gearhart, Dr. Deaver and Chef Greg. The host of the event, Emmanuel Diaz, formally introduced the competitors and introduced the three judges. The competition consisted of two 30-minute rounds – the first round required each team to prepare a salty dish and the second round, a sweet dish.

The competitors had a wide selection of ingredients to choose from, but they had to incorporate tomatillos—also known as husk tomatoes—in all their creations. Once the time was up, they presented their dishes to the judges and they ranked the plates on taste, presentation and creativity.

During the first round, both groups decided on creating a dinner dish that incorporated a salty flavor with tomatillos and shrimp. The last round had to be a sweet dish, with both teams deciding on creating a dessert dish. The Women team created a fantastic sundae dessert that had a variety of colors with grilled pineapple, strawberries, bananas and tomatillos with pumpkin spice ice cream. The Men team created an impressive dish: French toast with a tomatillo strawberry topping with whip cream.

While the judges were tasting and ranking the dishes, the audience were patiently waiting to see which team won the competition.

Analisa Laster, who was picked from the crowd to be a judge, explained the overall experience she had at the event.

“It was a great experience,” said Laster, “I enjoyed all the dishes and I am glad that I was a part of this event, especially since I got to try amazing food.”

Diaz collected to score cards and hesitantly announced the winners. It was a close call but, by just one point, the Men team won the Iron Chef competition.

After the event, Dr. Deaver of the Men team explained the experience of being a chef, and how confident he was that his team would win.

He said, “We knew we had this competition, no doubt in my mind we were going to lose. It was exhilarating and I had a great time”.

If you are interested in being part of the HOLA Club and help organize festival events, contact the Assistant Director of multicultural Affairs and Hola, Lucero Aradillas, at lucero.aradillas@armstrong.edu.

For more information about the club, go to https://www.armstrong.edu/students/latino-about- hora.