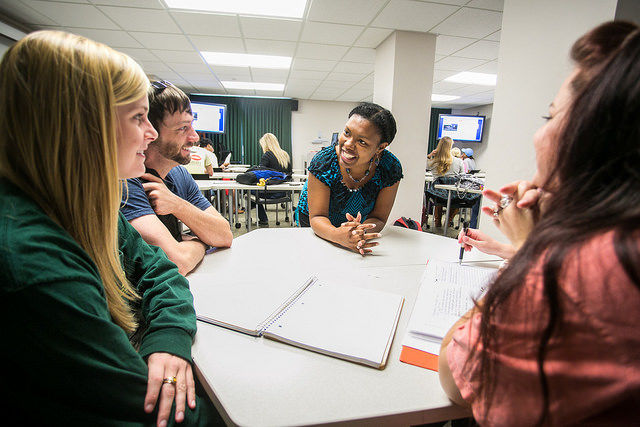 Southern Leaders is an organization on campus that teaches its members leadership skills while helping out the Statesboro community through volunteer service and special projects.

NASPA is an association for the advancement, health and sustainability for student affairs. NASPA recognizes the achievements of members who are positively influencing college education through programs, services and administration, according to a recent press release.

Excellence Award candidates are judged based on their impact on student learning and success, relevance to institutional mission and success in addressing student needs.

Jodi Kennedy, director of the Office of Leadership and Community Engagement said she is proud of the hard work the leaders have put into the program.

“I am so proud of the Southern Leaders Program, the staff that have worked so hard to make it into the award-winning program that it is and the students who have invested so much time into their personal leadership development of their peers,” Kennedy said.

Southern Leaders will be further judged by NASPA for the designations of grand gold, grand silver and grand bronze, according to the press release.

Kennedy said, “The students are the heart of the Southern Leaders Program and their commitment is what makes the program so special. Not only do students learn the skills they possess, but also how they use those skills to impact the community around them.”