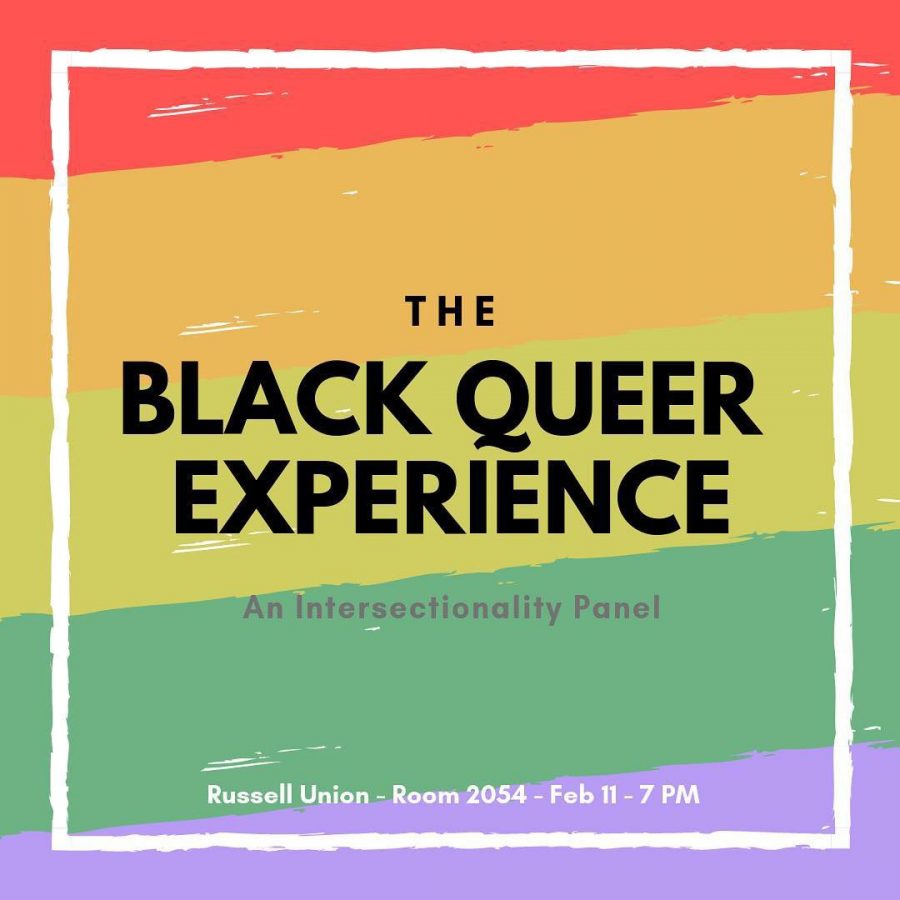 Three Gay-Straight Alliance panelists led a discussion on being a person of color in the LGBTQ+ community Monday night.

Three Gay-Straight Alliance panelists led “The Black-Queer Experience” discussion on being a person of color in the LGBTQ+ community Monday night.

The panelists described their own experiences with being black and queer, as well as some of the stigmas that happen within society and their own family members.

Freshman business management and international studies major Ariana McClure began the discussion on how the issues within the LGBTQ+ and black communities start at home.

“There’s already talk about family members being scared about putting their children into the world because they’re already people of color,” McClure said. “There’s already [those] stereotypes that are on them. There’s already that worry there. Then on top of that, being a minority and being a member of the LGBTQ+ community, that just adds on to the fear.”

McClure said from a LGBTQ+ ally’s perspective, her parents didn’t understand why she didn’t share the same mindset as them.

“I think they’re kind of like, ‘You’re not gay so why do you support that community,’ things like that,” McClure said.

McClure said that while she was an ally in her high school, coming to Georgia Southern was really what made her want to reach out and find a solid place in the community.

“I’ve tried to be firm about my beliefs,” McClure said. “If somebody asked me how I feel about a certain thing, I sometimes have to call people out. Sometimes you have to pick your battles.”

Freshman nutrition major Zaria Georgetown spoke about how religion as well plays a major roll in the black queer community.

“While my family and I go to a fairly open church, they still preach on how ‘gays aren’t that good so how about we try to stay away from it,'” Georgetown said.

Sophomore logistics and international transport major Taylor Neloms said that his experiences stems from his mother’s worry for his safety.

He said that while his mother worries about the stigma towards gay men and HIV, her main concern lies with his everyday safety.

“My mother everyday, especially after I came out, was so worried that eventually I’m going to walk down the street and someone’s going to look at me and see that I’m black, and if they find out I’m gay too, is just going to shoot me because of both those reasons,” Neloms said. “Anytime something happens, she always calls and makes sure I’m okay.”

According to research conducted by the Williams Institute in 2013, there are currently more than 1 million LGBTQ+ African-Americans living in the United States, with approximately 3.7 percent of all African-American people openly identifying as LGBTQ+.

The Gay-Straight alliance will continue their discussion on being black and queer at their weekly coffee talk on Tuesday, at 7 p.m in the Williams Center Common Area.