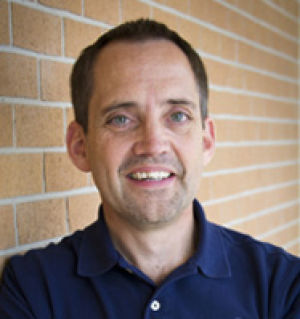 As many Georgia Southern students who were invested into GSU’s basketball team this year, Junior G Tookie Brown was not only the best player on the Eagles, but one of the best players in the Sun Belt Conference and the NCAA.

On March 28th, Brown took to Instagram to announce that he was declaring for the NBA Draft, “I would like to start off by thanking god for allowing me to be in the position I am in. After many prayers and talking with my coaches and family. I’ve decided to declare for the 2018 NBA Draft. I will not hire an agent so I can keep my eligibility at GSU #HailSouthern #GodsPlan”

By not signing an agent, which is a smart move, if Brown is not drafted, he can return to GSU for his senior season. So, I thought I would take the time to review his GSU career as well as his chances to succeed in the NBA.

Tookie Brown, if he indeed does leave for the NBA, will be regarded as one of the best players to ever play basketball for the school.

This past season, he was top 10 in the Sun Belt in scoring while also being awarded a finalist for the Lou Henson Award, which goes to the best mid-major player throughout the Division I basketball season, both which are amazing feats.

As for his measurables, Tookie Brown if 5’ 11” and weighs about 181 pounds, making him an undersized guard. The average NBA point guard is usually 6’ 2”, so he is under the average by about three inches. To note, many undersized guards have succeeded in the NBA. For example, former Celtics and now current Lakers G Isaiah Thomas stands shorter than Tookie at 5’ 9”, with about the same skillset in terms of scoring.

I would compare Tookie Brown to more of a Speedy Claxton-esque player. Claxton was the same height as Tookie Brown and both are fast guards who love to penetrate the paint and stretch the floor with their mid-range shot. Claxton didn’t have the three-point shot that Brown does, but each player still has a similar playstyle.

In terms of Brown’s success in the NBA, it is hard to tell because his scoring ability is superb, but his size may hinder him enough for scouts to lean away from him. Brown did amaze throughout the year and in the Sun Belt Tournament, but his logical draft stock is either mid-to-late second rounder or undrafted. The draft is also far away, so he has not been able to showcase his speed in the combine.

If Brown is drafted, he would be the sixth GSU player of all-time to be drafted and the first since 1989 when F Jeff Sanders was drafted by the Chicago Bulls. It’s a win-win situation for Tookie Brown, he either gets drafted or come back and stars for GSU in his senior season, so we will see how it pans out for the young star.