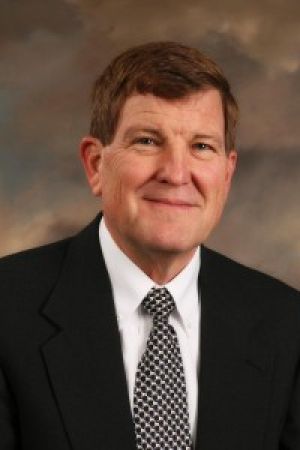 At the beginning of the month, the Office of Multicultural Affairs (OMA) began its 2nd annual Pride Celebration Month. It began with a Kickoff Party with music, food and activities on April 3rd.

Pride Celebration Month, a campus-wide collaboration of faculty, staff members and students, was initiated to celebrate the history and contributions of the LGBTQ+ community in our nation. Events are mostly coordinated by the OMA but several other campus organizations such as the NAACP, Housing and Residence Life and the Iota Tau Chapter of Zeta Phi Beta Sorority Inc. will also be sponsoring events.

This month will consist of a variety of events including a film festival, lectures and discussion panels. There will also be a free HIV testing event from 11am to 4pm on Thursday April 12th in the Student Union.

Lucero Aradillas serves as the Associate Director of the OMA for the Armstrong campus. Aradillas is very excited about this month and hopes that students obtain valuable information from the events planned.

“The heritage celebrations are something we seek to improve every year, not just by adding more events, but by bringing multiple cultures and social justice issues to the forefront of our work” Aradillas stated.

In recent years, there have been several situations involving legal cases for discrimination against the LGBTQ+ community. Despite the constant political attacks on the community, members still remain strong and continue to fight for equality for all regardless of sexual orientation.

Aradillas also stated that the events planned helps to ensure that students, faculty, and staff members feel “supported and celebrated.”

The Gay-Straight Alliance (GSA), a student-led organization on campus, has helped create a safe place for LGBTQ+ students to talk and embrace their sexual identity. As an effort to bring awareness of this, the GSA has initiated a discussion series held every Wednesday during its meetings to discuss the stereotypical issues members of the community face daily.

An anonymous member of the alliance stated, “We believe that it is important not just for LGBTQ+ members to be involved with organizations like GSA but for all students to do so.”

Moreover, there will be a guest appearance by Candace Hardnett, Senior Pastor and founder of Agape Empowerment Ministers, who will discuss the misinterpretations of the Bible and LGBTQ+ individuals.

Not only will students be presented with information from local guests, but also from faculty including Mr. Phil Gore, Director of Military and Veterans Affairs and Dr. Sara Plaspohl, a member of the Department of Public Health.

There will even be a Drag Show that will feature the Queens and Kings from Savannah’s Club One and House of Grunt at 7pm on Wednesday April 18th in the Fine Arts Hall.

The consolidation of the new GSU has brought a widely debated issue to the table of GSA. Due to strict policies set by GSU, Card Services will no longer allow transgender students to put their preferred name on their new Eagle ID cards with their birth name. Before the consolidation, this rule was allowed for Armstrong students.

“Moving forward, we plan to work with the GSA at the Statesboro campus and address this issue to ensure that the GSU administration listens to the needs of LGBTQ+ students” the anonymous student stated.

The culminating event for Pride Month will be a “Lavender Graduation” which will celebrate the commencement of LGBTQ+ students at 12pm on Thursday May 3rd in the Ogeechee Theatre. A presentation of graduation cords and tassels will also be a part of the program.

Events like these and organizations such as GSA help in building and sustaining a diverse population of students on our campus. Although much has changed since the GSU consolidation, one thing that will never change is the everlasting friendships and endless love for all students.

It is imperative that institutions across the nation provide all students an equal and fair chance to be successful in their lives regardless of race, religion or sexual orientation.

A complete brochure with specific times and dates for all the events for Pride Celebration Month can be found in the Student Union lobby and has been sent to your Armstrong student email.