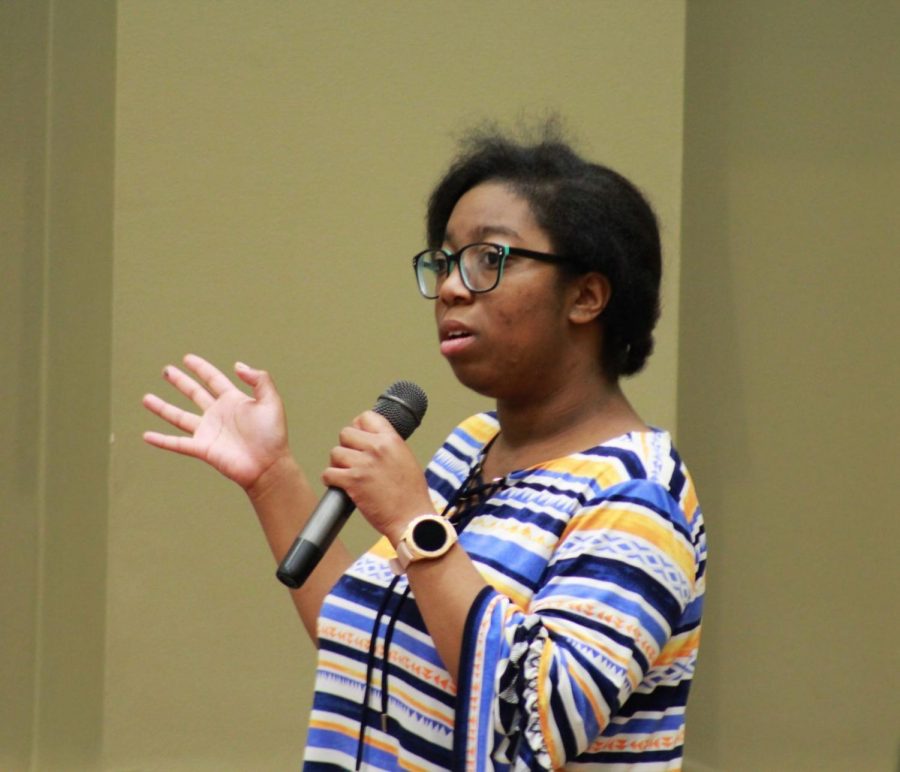 The Student Government Association held their second senate meeting of the semester on Wednesday which included discussions on recent commencement changes, racial harassment and sexual harassment on campus.

Last week’s meeting was cancelled so that SGA members could attend an MLK celebration hosted by Roland Martin.

The meeting began with an opening statement from SGA President Jarvis Steele which touched on the recent changes to Georgia Southern University’s commencement ceremonies.

Steele confirmed that students participating in the ceremonies will not require tickets, and that there will be no cap on the number of people students may invite.

“Could you bring as many people as you want? Absolutely, but rooms still have fire codes,” Dean Andrew Dies said. “I would encourage you to get there early if you’re bringing a lot of people.”

The last mention of commencement in Steele’s opening statement concerned a proposed celebration event for students.

“Another thing about commencement, Dean Dies was gracious enough to help plan a commencement celebration,” Steele said. “It’s in the works right now. Any more details that you want about that, you can talk to me or Dean Dies about it.”

Later on, updates concerning the ongoing shortage of workers for GS’ Dining Commons were provided. As of now some stations within the Dining Commons are closed at times as a result of the facility having an insufficient number of staff.

After a series of SGA-related announcements ranging from volunteer opportunities to proposed participation in a blood drive, Dean Dies was introduced and stood up to address the SGA. First, he acknowledged the Statesboro campus’ new Dean of Students, Melanie Miller, who was present and who received a round of applause from the SGA senate.

Dies went on to discuss the proposed commencement celebration.

“In regards to the celebration nothing has been planned yet, just what the proposal is is to have a celebration here on the Statesboro campus and then a celebration on the Armstrong campus,” Dies said. “As a Statesboro student you would attend the one here, obviously. There would be music, there would be food, potentially some sort of party favor of some sort.”

The response from the SGA was initially mixed, with some senators giving a thumbs-down of disapproval in response to Dies’s proposal. Most, however, responded affirmatively.

Senator Johnson, for example, said, “I think this would be a successful event because wherever food is, people will come.”

SGA feedback included proposals to invite a performer to the celebration, handing out goody bags or mason jars, and allowing students who are double majors to attend multiple events. Proposals for where to hold the event included the Russell Union ballroom, the Recreation Activity Center and holding the event outdoors.

After a brief discussion mainly concerning upcoming SGA elections and the campaign process, students in the gallery were given the opportunity to voice their concerns.

Two students posed questions from the gallery. The first student spoke briefly about two incidents he had recently experienced, the first was being racially harassed by another student who said the N-word and the second being when a student wrote his name on a road and called him “a b**ch.”

The second and last student who spoke during concerns from the gallery was sophomore international studies major Jaylynn Griffith, who spoke at length about the issue of sexual harassment at GS.

“Sexual harassment, sexual misconduct, is not a strong enough focus on campus,” Griffith said. “I have experienced multiple instances of this on my own person on campus.”

“Does anyone know how many times you can visit a counselor?” Griffith said. “It’s not enough for the people who actually need it.”

Later, President Steele spoke to The George-Anne about the legislation recently passed on the Armstrong campus opposing the changes to commencement coming to a vote on the Statesboro campus.

“You should expect to see that on the floor next week,” Steele said.

When asked if the legislation would remain the same as the Armstrong resolution or if changes would be made, Steele replied “I am not sure how it’s going to be presented.”

For a full recap of the first SGA senate meeting on Jan. 30, click here.