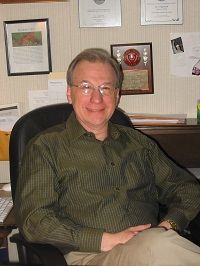 This story originally appeared in the Fall 2018 edition of The George-Anne Reflector Magazine.

Rachel Hartmann is a prop master of theater at Georgia Southern University (GS). She is a junior theater major from Rincon, Georgia and is 20 years old. As prop master, her job is to read through scripts of plays, determine what props are needed and bring them to the director.

Hartmann balances schoolwork, her job and theater work. While this is stressful, she appreciates learning time management and looks forward to when she can work on her passion full-time. She considers the outcome to be a worthwhile payoff, especially when deadlines and accuracy can be a struggle. In her free time, she likes to work on puppets and ideas of her own.

“I really enjoy doing it because it gives you the chance to make things that you have never in your wildest dreams thought you’d be able to make, or it also gives you a glimpse into what stuff was like in previous time periods,” said Rachel. “Everything is so historically accurate that you have to go back, you have to do research for it and it gives you insight into what their life was like then. And I really enjoy that.”

In her future career in theater, Rachel hopes to work with puppetry, but she would be content to continue work as a prop master for a production company. She believes that puppetry can bring more to the stage and is capable of adding another layer of realism to a play.

An apprenticeship with Bread and Puppets, a politically radical theater company that has been around since the 1960s, has been something Rachel has been interested in for a long time. She hopes to do something impactful with her work, just as Bread and Puppets has in the past when marching in the parades against the Vietnam War. She’s unsure exactly how to make a big impact on the world, but she’s always thinking about her next project.