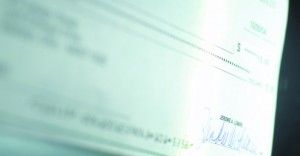 The first round of refund checks will be sent out on Sept. 4Photo courtesy of: www.sxc.hu

By: Dan Hayes, Editor in Chief

A bustling live, work, play community experienced at a human scale. A place where you could comfortably ride a bike or walk to meet friends at a new local restaurant. A Southside that is not severed down the middle by Abercorn Street.

As Madison Watkins noted, Georgia Southern University is currently seeking input for the campus master plan.  The University is “thinking about what we want this campus to look like” noted Carol Cox, director of operations for the Armstrong and Liberty Campuses.

This campus is lacking  things to do and places to go in and around campus. The area immediately around the campus is starving for investment. The Savannah Mall is dying.

Well in May of this year the Congress for the New Urbanism presented a proposal for the revitalization of Southside Savannah. The proposal came out of a legacy workshop that gathered input from the community and was designed by David M. Schwarz Architects.

“The plan grew out of what we heard from residents, who said in various ways that ‘we want our own downtown,’ ” says Michael Swartz, who led the design session. “Southside residents are proud of the historic core, but it’s not a place where they go to meet daily needs. It’s not center of their community.”

The CNU plan was generated around a set of guiding principles.

The plan emphasizes a need for Southside to become a “third place” or a space other than home or work where community members can gather. Instead of the dying Savannah Mall imagine a grid like system (similar to the Oglethorpe plan of Downtown) of open squares flanked by mixed-use residential/commercial buildings.

The number one issue impeding any Southside revitalization that revolves around walkable livable streets is always going to be Abercorn street.

Abercorn is a busy six lane thoroughfare that rips right through the middle of Southside Savannah.

Any redevelopment of this side of town must include a redesign of the street. The CNU proposal calls for converting Abercorn into a multi-way boulevard. The boulevard would reduce the three lanes each of east and west traffic and replace that with two lane streets of express traffic and one lane of local traffic on each side. All sections would be separated by medians.

The redesigned Abercorn would still be able to handle the high volume of daily traffic traveling in and out of town but also accommodate locals just running errands. The redesign would also make it safer for pedestrians to cross the street.

The linchpin of the CNU plan is in conceiving of an Abercorn designed for more than just vehicular traffic. The renovation of an existing road that is still working as designed is no easy task. Any project of that magnitude would be under the control of the GA Department of Transportation and must include state, local, and private investment. The project would have to championed by an individual or institution with the political power to get it done.

Our Own College Town

Georgia Southern University is uniquely positioned to revitalize an entire community and grow a neighborhood around the Armstrong campus. It is in the Universities best interest to grow the student population on this campus. In order to do that you need to give students something to do. Students need not leave Southside for everything.

Imagine a large open green space that can host outdoor concerts or movies directly across from campus. Imagine a coffee shop or restaurant that serves students and faculty members, soldiers from nearby Hunter Army Airfield and local community residents.

The re-growth of the Armstrong campus can be the starting point for the revitalization of Southside Savannah.

The City of Savannah is still interested in revitalizing Southside, “the city is ready to roll up our sleeves and get to work” notes Bridget Liddy, director of planning and urban design for the City of Savannah.

A project of this magnitude would require the cooperation of multiple government entities, private investment, and community involvement. But every project has to start somewhere and what better place to start the revitalization of Southside than the Armstrong campus of Georgia Southern University?

All drawings are courtesy of David M. Schwarz Architects and were produced during the CNU legacy workshop.