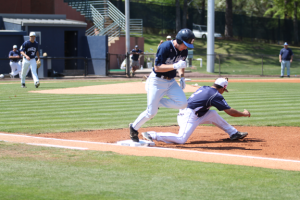 One of the biggest St. Patrick’s Day Parades in the United States will be held in beautiful downtown Savannah this Saturday.

Almost every year since 1824, Savannah has celebrated Irish heritage and Irish societies in Savannah with the parade. New additions have been made throughout the years including pipe bands from around the east coast as well as professional Irish dancers.

Floats and marching units make up the parade every year with 350 marching units containing around 15,000 people being expected this year. One of the floats will feature students from Georgia Southern as they take part in one the biggest parades of the year.

As for where you need to be on Saturday, the parade begins at the intersection of Gwinnett and Abercorn St., which is not too far from Forsyth Park. The parade will travel down Abercorn St. to Broughton St., where it will then turn towards East Bay St with the rest of the parade route made available at savannahsaintpatricksday.com/route.

The day is not limited to the parade, the St. Patrick’s Day Festival will take place during and after the parade in City Market and River St. The festival starts on Friday, March 15 and runs through March 16 until midnight.

Entertainment, dance parties, live music and vendors will make up the fun at the festival. Alcohol will be served  to of-age patrons through the festival and parade. A wristband will be required for alcohol purchases which will run about $10.

The parade is slated to begin on Saturday, March 16 at 10:15 a.m. and will likely run into the early afternoon. Be sure to get downtown early to enjoy all the St. Patrick’s Day festivities.