The Storied Career of Tookie Brown 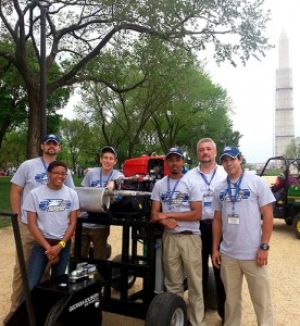 Brown joined Georgia Southern on May 14, 2015 when he officially committed to the Eagles over Mississippi State, who he visited with an signed a letter of intent with as well.

Before coming to Statesboro, Brown led Morgan County High School to its first-ever state title in 2014, scoring 36 points in the win over Buford County and D’Marcus Simonds, who he would later become rivals with over his college career.

Brown came in as a freshman in 2015 and stole the show, averaging 17.8 points and 3.4 assists per contest, which led to him being named Sun Belt Freshman of the Year. The 2015-2016 season marked only the second for GSU playing Division I basketball, so Brown was performing against top of the line competition, including Duke, who he dropped 20 points against.

Brown didn’t stop there as he scored in double-figures in 26 different games in his sophomore year, which helped him to become the first sophomore in school history to score over 1000 points in a season.

In arguably his best season, Brown dominated in his junior year as he started every game he played and ranked in the top five in the Sun Belt in multiple categories including scoring, field goal percentage and assists. He would become the first player in school history to score 500 or more points in three straight seasons and the third player to surpass 1500 and 300 assists.

Brown would continue to slash records in his senior campaign becoming the first Sun Belt player to score 2000 points and dish out 500 assists over their career. His senior season came to an end against UT-Arlington as mentioned before, and his postgame interview with Savannah Morning News was emotional to say the least.

“It’ll probably hit me later on, but just looking back, I’m just going to think about how much fun I had with this team and we won some hard-fought games, but we always competed.” said Brown to Savannah Morning News.

Brown’s career at GSU is unique among college basketball as many talented players do not stay at their respective schools for four years with the “one-and-done” rule, which allows freshman to pursue their NBA dreams after just one college season.

Brown will leave Statesboro in hopes of the NBA, but the public consensus is that he will go undrafted. However, his career will never be forgotten at Hanner Fieldhouse or by any Georgia Southern Eagle. For Georgia Southern basketball, the Eagles are losing arguably the best player to walk the confines of Statesboro, Georgia, and it is extremely bittersweet to see Tookie Brown go.