A New Kind Of Fandom 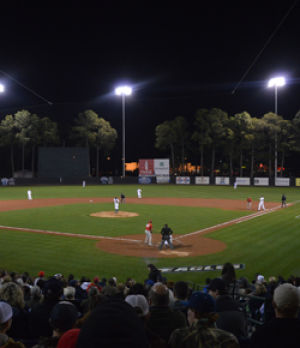 Students gathered in Solms Hall on March 27 to have some fun at Korean Game Night, which was put on by the K-Pop Group on campus. The event was held as part of the International Student Organization’s (ISO) Hallyu Fest to celebrate Korean Culture.

K-Pop is the only genre of music whose songs can be identified by the choreography in the music videos.

One of the games played at the event was “Guess the Choreography” where the video showed an animated silhouette dancing out the choreography of a song and the players had to guess the song without hearing the artist’s name, title, any of the lyrics or any of the music.

It may seem impossible that the songs could only be identified by the choreography alone but some of the students started shouting out the songs in less than ten seconds.

Another game they played asked them to guess the title of the song and artist who sang it after hearing only ten seconds of the song.

The students broke into the teams “Team This Side” and “Team That Side.”

The teams were supposed to take turns guessing the song title and artist but arguments quickly broke out between the teams. Later on, they discovered only a small percentage of people in the room knew all the songs they were guessing and the teams started out with an uneven number of players. So two people moved from Team This Side to Team That Side.

During one of Team That Side’s turns, they were trying to figure out which song was playing. While they were still deliberating, Binh Hoang, who was on the other team, practically jumped out of his chair, waving his hand and said, “Can we steal it? I can do the dance too!”

So neither team got the points.

Most of the lyrics showcased in the songs were hard to follow because the singer(s) sang so fast. It seemed like the kind of music that would require listeners to listen to the songs over and over to understand all of the lyrics.

However, even when one does not appreciate or understand all the lyrics, the beat and choreography in the music videos were intriguing to the students.

By the end of the night, especially after the previously mentioned game, it seemed clear that K-Pop fans create a whole new meaning for the word “fandom.”

If you’re interested in participating in Hallyu Fest, go to their next event on April 11 called Korean 1101 from 11 a.m. – 2 p.m in Solms Hall 110, where you’ll learn how to write and speak Korean.