People aren’t getting abortions for shits and giggles 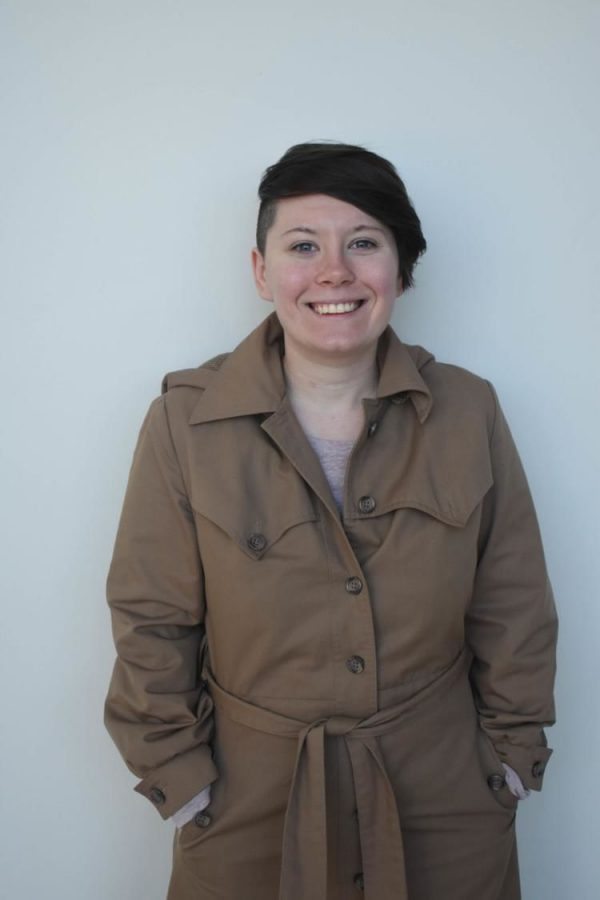 Shiann is a senior multimedia journalism major from Gibson, Georgia.

My grandma once told me a story about how she lost a baby. A miscarriage by medical standards. A ‘natural abortion’ she said the doctors called it.

“I knew something was wrong before,” she said. “I couldn’t feel her moving.”

She had developed toxic shock syndrome as the baby died inside her. She began to swell so bad she couldn’t even grip a hairbrush.

She said that she was about seven months pregnant when she went into labor. The little girl she gave birth to had stopped developing around five months.

“The doctors told me she had died inside me after I gave birth,” she said.” He waited long enough for my body to go through what it needed to. He wanted me to abort naturally, wanted me to have a natural miscarriage without him having to [perform] a C-section.”

I asked her, “Had you known that the baby was dead before, would you have requested an abortion?”

My grandma, who raised five of her six grandchildren in a two-bedroom while her daughter battled alcoholism, drug abuse and jail time, became so quiet I could hear the familiar drawl of Alex Trebek as he solicited for Colonial Penn.

“They told me it was much better for the woman’s body than to have to go through all that other,” she said. “The doctor told me they didn’t tell [me] because it was better for me. I believe that he was telling me the right thing to do. There was no saving my baby.”

Sometime after this incident, she had a little boy who also died before she gave birth to him.

After his death, she had her tubes tied so that she couldn’t have any more children.

“I didn’t want the same thing to keep happening,” she said.

I want to truly believe that the doctor who didn’t tell my grandma about her dead child truly had her best interest in mind, but considering the emotional and physical pain she suffered because he didn’t tell her to begin with greatly concerns me.

Wouldn’t the wise thing have been to perform an abortion to prevent her from getting sicker as the baby continued to decay inside her?

My grandma raised me with the mentality that ‘if you can lay down and do it, you can stand up and accept it.’ I’ve always assumed she raised my mother with this same mantra, as she went on to have six children who, ironically, were raised by my grandma.

I still believe all life is precious, but I recognized long ago that abortion isn’t black and white. It is a very terrifying choice women make for different reasons, and it should be their choice that the law should not have any say in.

Abortion is a sensitive topic for opposers and supporters alike. Even before the 1973 landmark case Roe v. Wade, the idea of terminating a pregnancy has been despised, debated and considered.

Not to mention, it was horribly tested in hotel bathrooms through medical and physical means.

The Supreme Court voted last week to block a Louisiana law that could leave the state with only one doctor in a single clinic authorized to provide abortions compared to the three that the state originally had.

Similarly, Tennessee introduced a bill that would ban abortion in the state if the Supreme Court were to overturn Roe, and South Carolina has introduced a bill to criminalize abortion subject to felony charges if to those who receive or perform the procedure.

More specifically, New York put forth a law in late January that would allow late-term abortions, meaning abortions that are performed after 24 weeks.

Contrary to pro-lifers, and even President Trump’s comment that this bill will allow “a baby to be ripped from the mother’s womb moments before birth,” the law is not a form of infanticide. This particular bill simply allows women to have an abortion if her health would be at risk by continued pregnancy or delivery or if the fetus is incapable of surviving outside the womb.

Regardless of how the bills are adjusted, the reason they’re fought against is still the same. All life is precious and should be preserved, even during a time when overpopulation in the United States is becoming an issue and programs used to help low and moderate income families are being cut.

Rejecting these laws does not stop abortion. It only stops legal, safe abortion. Women throughout history have found ways to have abortions when society turned their backs on them. The majority of these women have died or been severely maimed.

If the priority of the anti-abortion movement is to preserve life, why are we not putting the lives and well-being of the women who are not ready to be parents into account?

A message to pro-life supporters

I understand your anger and your need to preserve life. My grandmother went through the same motions after the death of her baby, but please try to understand why some women choose to abort.

Some people aren’t ready, or even meant, to be parents. They may not have the financial, mental or emotional ability to lead and mold another human being onto the journey it takes to become a person, make a choice. Simple as that.

If you are pro-life, might I suggest a bit of community service?

Volunteer at daycares and after-school programs.

Foster the over 438,000 of children right here in the U.S. who need good homes. After all, this is where children who aren’t aborted usually end up.

Petition for the president to reunite the thousands of children who were separated from their parents at the Mexican border.

After all, it would seem a bit ridiculous not to fight just as hard for children that are already in existence compared to the ones that are not born yet.

If you’re anti-abortion, might I suggest using your energy to preventing the conception in the first place? Encourage young men and women to have safe sex. Write a letter to your governor to reinstate the Obama-era requirement that employers’ health insurance policies cover birth control methods at no cost to women, which was gutted in 2017 by President Trump.

You will not be responsible for the life and well-being of this baby, so why are you expecting someone who is not ready to bear the responsibility as well? Women have the right to make decisions to improve their lives before they bring another human being into it.

A baby shouldn’t be punishment for someone having sex, consensual or not.

Vise-Versa, inadequate parents and a lifetime of hardships shouldn’t be a child’s punishment for being born.

Bottom line, no doctor worth their salt is going around providing abortions of any trimester just for shits and giggles, and no woman will have one without some trace of guilt following them.

Leave them all be and focus on your own children and priorities.