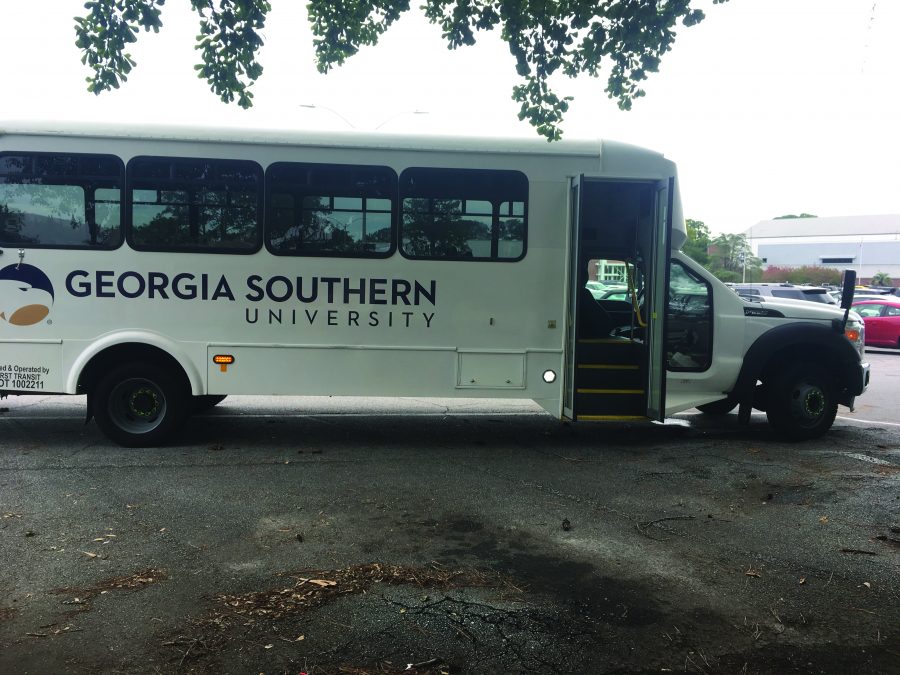 To accommodate the merge of the campuses, Georgia Southern University will provide shuttle services for commuting students, faculty, and staff to and from Statesboro and Savannah.

The 24 passenger shuttle will make four round trips on days university offices are open.

Here is the full departure schedule:

“There’s been a lot of people asking if there’s going to be a shuttle to go from campus to campus,” said Derrick Davis, Director of Parking and Transportation. “We looked at all sorts of options but settled with First Transit.”

With the shuttle’s route being primarily on I-16 and I-95, two dangerous roads, Davis and other officials hope that having a professional driver would be a better alternative than students and faculty making the trek themselves.

“I’ve talked to several people in SGA. I’ve talked to 20-30 people on both campuses,” Davis said. “Some people thought that no one is going to ride it, others thought it was a great idea.”

This shuttle is different than the Kelly Tours shuttle that GS Athletics uses for home football and basketball games. Davis said that the athletics department was still responsive to the idea.

“I talked to several people in athletics and they were really excited because they had several people that the night before a big game, they were staying (in Statesboro),” Davis said. “Now, with the shuttle, they’ll be able to come up the next morning.”

The shuttle will depart from Russell Union in Statesboro and from the Sports Center parking lot on Savannah’s Armstrong Campus and the service is free to all students, faculty and staff.

The shuttle service is now available.