A Look At This Football Season 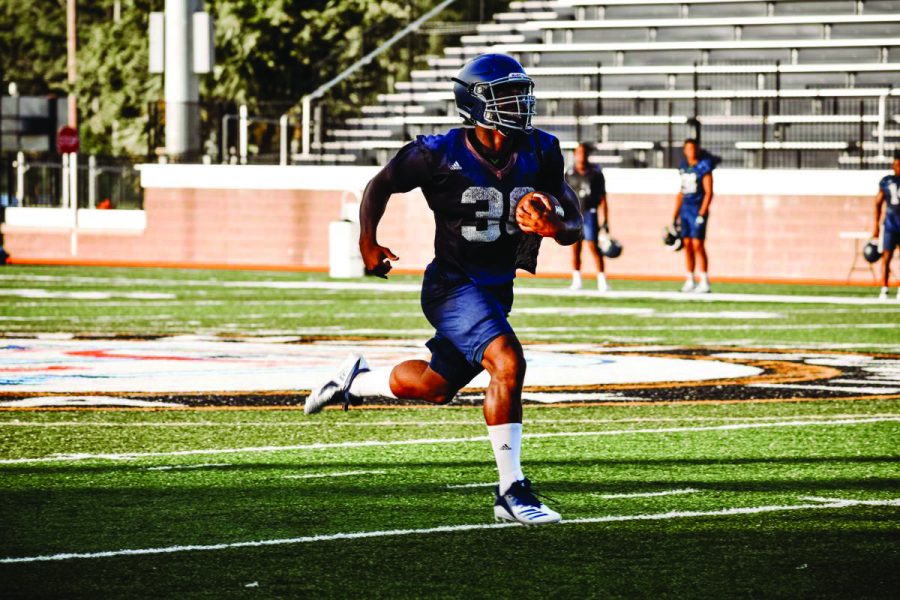 Eagles hoping to use momentum from 2018 to advantage in 2019 football season
By Kaitlin Sells, The George-Anne Statesboro Managing Sports Editor

Last season was momentous for the Georgia Southern football team as they showed Eagle Nation that it is possible to make a historic comeback.

The 2017 season for the Eagles was abysmal, resulting in a 2-10 season and a fired head coach. Following the disappointing season, newly hired Head Coach Chad Lunsford showed everyone what a turnaround looks like as he lead the Eagles to a 10 win season as well as claiming the school’s second bowl win.

This 2019 season will be a long fight for the Eagles, starting on day one. GS will begin play in Tiger Stadium, as they take on SEC opponent Louisiana State University.

Along with facing difficult opponent LSU on the road, the Eagles will also be traveling to play Minnesota, South Alabama, Appalachian State, Troy and Arkansas State. One could argue that these road games will be the most challenging for the Eagles.

As far as tough games go, App State is a given. The “rivalry deeper than hate” was taken to another level last season when the Eagles beat the then-ranked Mountaineers at Paulson 34-14. App State will most definitely be on the prowl for redemption while defending their honor on their home turf on Halloween.

The Eagles overall have looked good as a team during preseason play.

“By the end of spring ball everyone wanted to play a football game,” Lunsford said.

While there are obvious strong returners in redshirt-senior kicker Tyler Bass, senior cornerback Kindle Vildor and redshirt-junior quarterback Shai Werts, there are some newcomers that have shown potential during the offseason.

Bass is coming off a big season high after helping the Eagles land their second bowl win after kicking a last-second field goal to win the game. Bass went 19-21 in field goals, good for a 90.48 kicking percentage.

Vildor is another big returner to the Eagle roster after his impressive defensive performance last season. The cornerback logged 31 solo tackles in the 31 games he played as well as notching four interceptions on the season.

Werts also ended last season on a high after his incredible fourth down conversion where he rushed 29 yards on a 4th and 10 in the Raycom Media Camellia Bowl. That conversion put the Eagles inside field goal range, allowing Bass to come in and seal the win for GS. Overall, Werts rushed a total of 908 yards on the 2018 season as well as passing for 987 yards. The now redshirt-junior also collected 15 rushing touchdowns last season.

For the newcomers, redshirt-sophomore inside linebacker Reynard Ellis is a name that was dropped for upcoming players. Ellis transferred in from Furman and had to sit out the 2018-19 season per NCAA transfer rules, utilizing that season as a redshirt year. The ILB from Birmingham, AL. will hopefully step into a leading role on the defensive side of the ball.

Another transfer expected to make an impact is redshirt-sophomore defensive end Justin Ellis, who comes to GS from Syracuse. In two games for the Orange, Ellis had only one tackle, but his size and elusiveness in camp has caught the eye of coaches and media.

The Eagles are set to kickoff at 7:30 p.m. on August 31 in Baton Rouge, LA. The game will be broadcast on ESPNU.

McClain Baxley contributed to this article.